As human beings, we try to explain and analyze events or situations that can have a possible emotional effect on us.  In today’s world, perfect rationality is impossible, and... 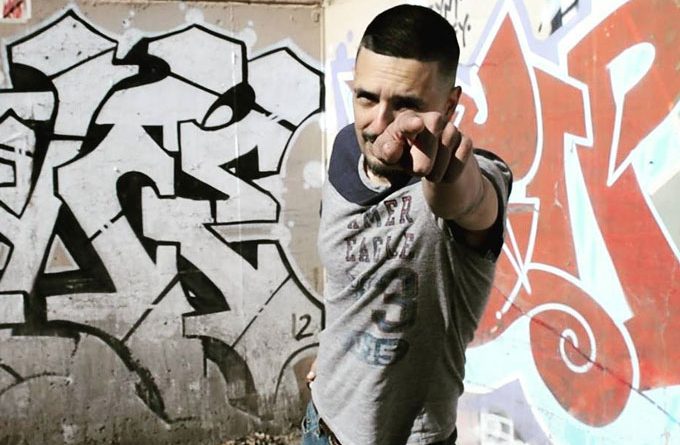 As human beings, we try to explain and analyze events or situations that can have a possible emotional effect on us.  In today’s world, perfect rationality is impossible, and neither can necessarily rely on academic or scientific information all the time. Therefore, when something proves difficult to explain, people often resort to more speculative explanations. A conspiracy theory has the ability to provide enough rationale for a comprehensive explanation, or at least a perceived comprehensive explanation. Conspiracy theories are intriguing. It’s interesting to consider the theories, weigh the evidence and come up with a conclusion. And if you link conspiracy theories to the topic of aliens, then the storytelling possibilities become endless for any well versed worthy narrator. And what if you investigated those themes to the banging beat of electronic, cloud rap, hip-hop and trillwave soundscapes? One man from Albuquerque, New Mexico, has done just that, across an epic boxset of 33 songs, entitled “Alienz & Conspiracies”. Justin Bacik aka Hefe Heetroc aka Wez Nilez aka 27 SAVAGE was born in Rochester, NY. Heetroc has been in the underground hip hop game for a long time under various guises. If you haven’t heard of him, it’s because he remains busy working his craft. He produces, raps and does basically everything related to his single, EP, album, mixtape and now Boxset releases.

“My dream was always to release a boxset; and to compile tracks for this boxset based on a topical theme,” explained Hefe Heetroc. “My problem was, ‘What do I name this box set?’ After a friend observed I used to only make records about aliens, he recently commented that on my new projects I only recorded songs about conspiracy theories. A light bulb went off in my mind and I said ‘That’s the name and theme of my upcoming boxset!’ Alienz & Conspiracies.”

Hefe Heetroc’s rapping style is very charismatic, his beats are sensational and the lyrics and subject matter are intriguing, to say the least.  Heetroc is the Prince Rogers Nelson of hip-hop – a musical genius and boundary pusher, there is never anything ordinary in his tracks.

He is always searching for the edge…and then pushes himself over it. From the minute track one, “ᴀɴᴛʜᴇᴍ ᴅᴊ トウモロコシ (ᴊᴀᴘᴀɴ)”, kicks in, you’ll know this is not your traditional rap album. “Do U (Part II)” and “Rap-tilian” quickly establishes the weight of Heetroc’s words and the nuances in his flow.

Once past the eerie “Alien Sky”, you’ll hit on “Talk 2 Loud”, one of the best tracks in the package. Only 5 tracks deep, and you’ll realize Hefe Heetroc is breaking the mold in Hip Hop. Everything about this Boxset is unique. From “The Mothership” and “Space Energy” to “Lemon Yellow Sun” and “Truth 2 Be”, he is inviting the listener into his world. He expresses his thoughts and theories.

This is something I haven’t heard in Hip Hop for a while. It’s always good to hear a true solid rap album that isn’t about money, jewelry, cars, and girls. This is the trend that mainstream hip hop is setting and it’s really irritating.

Regular rappers continue to beat a dead horse. It’s no longer relative to what’s going on in the average hip hop fan’s life. We are experiencing a recession where people are losing their jobs and homes. Then you turn on the radio or watch a video and see all the flashy wannabe’s throwing the riches in your face. Hefe Heetroc is going beyond all of he is taking your brain on a trip – no riches needed here, just an open mind. So to me this Boxset is truly refreshing. It delivers great production – much of which he handles himself – and lyrics. A real rapper knows how to paint a perfect picture through his songs and Heetroc captures a vivid portrait.

Listen to how he mesmerizes your senses on tracks like “Mind Go’z Dumb Slow”, “She’z Paranoid” ft. Chillz Muzik and “Whatcha Got From It”.  Despite its length, this boxset is an overall enjoyable listen. Hefe Heetroc delivers something that his fans will enjoy as it is truly an amalgamation of all of his previous works, and it is the most focused he’s been musically in years.

He brings intelligence through his lyrics and songwriting, the instrumentation is varied and very infectious to the ear, and is consistent throughout. You can easily pick up these traits in the standouts: “The Media’s Watching Me! (Do U Part III)”, “The Awakening” and “Global Economics”.

In its totality “Alienz & Conspiracies” might not be for everyone – especially those who dig commercial radio rap – as Hefe Heetroc does appeal to a certain niche of people or rap heads, but I can confidently say that there are songs here for everyone. This is the perfect summation of the artist’s career thus far.

Whether fans gravitate to Hefe Heetroc’s alternative experimentation or not, he never rides what’s trending in the current music scene; he’s simply creating his own trends. His mission is to portray his own mind’s meanderings within vivid soundscapes on “Alienz & Conspiracies”. Listen to the boxset from beginning to end, and tell me that it is not a work of art!