“Love All Over Me” flaunts Ill Ruckus’ many talents

I’m one of those who has a slight disconnect with the world of Hip-Hop right now. I suppose my expectations of the genre are just too high to have... 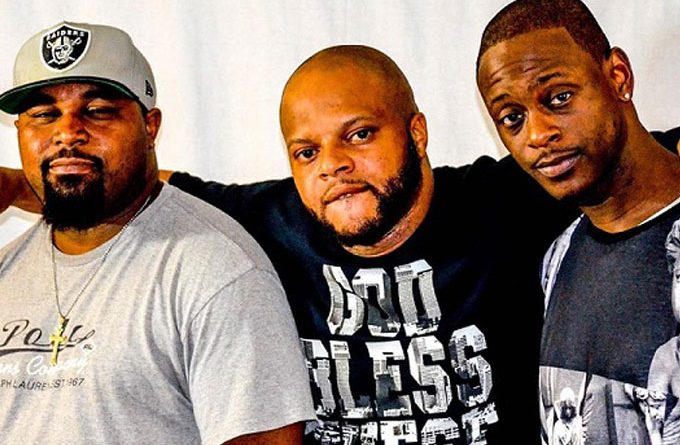 I’m one of those who has a slight disconnect with the world of Hip-Hop right now. I suppose my expectations of the genre are just too high to have realistic prospects of being satisfied. And that is where the slightly retro-flavored Hip-Hop comes in. The usual radio burners have long lost their spell at this point and the overly compressed mumble rap flow maneuvers that most of the new breed of rappers stack in their repertoires nowadays are simply to monotonous for my pretentious taste. But once you add that special spark of retro, it all becomes honey to my ears. And that’s where the Lexington Park based trio Ill Ruckus come into play. Ill Ruckus got its start before it even knew it existed, as its core members were friends since childhood.

Though the number of people in the group has fluctuated since it was officially founded in 1999, it’s presently working comfortably as a trio.  Sidd, Mr. Smiff, and Valdeast have enough years and shared experiences behind themselves that they don’t just consider themselves a musical trio; they’re a family.

Though the trio have a keen interest in modern-day rap artists like Migos and Future, their craft will take you back to thoughts of Biggie Smalls, Wu-Tang Clan, Redman, Mobb Deep, and Nas, along with the massively influential West Coaster Tupac and Bone Thugs-n-Harmony.

Ill Ruckus virtuoso use instrumentals on their recordings has always been charming and often times downright incredible. You can expect no less on their brand new single “Love All Over Me”, for this track is filled with a great deal of production creativity on every turn.

The track has its own unique stylistic beat, but Ill Ruckus manages to make it seem grounded enough to never stick out and disrupt the impeccable flow of the record. You might encounter a soft piano run here, then a classic bass line there and some brass sprinkled over it, with occasional vocal harmonies.

All of that mixed with the trio’s confident, self-aware delivery and the fantastic song-writing, which makes the track pop out with an increasingly melodic atmosphere, and you’ve got yourself a near-perfect, light-flowing, classic retro sounding Hip-Hop record.

And those lyrics. The wordplay and the seemingly natural rhymes and smooth verses are nothing less than captivating. But Ill Ruckus wants you to focus on the romantic messages which is such a rare thing in the genre. For that reason the music is never too booming or overwhelming, instead slowly building into a certain soulful atmosphere.

Everything blends into itself seamlessly and flawlessly. Everything stands straight, melodically, harmonically and confidently.  As long as hip hop has existed, so too has the debate surrounding beats and bars, and which of the two is more important. Luckily “Love All Over Me”, delivers both. Indeed, the track flaunts Ill Ruckus’ many talents like no other project has done previously.

ArVA: “All Mine” – One of his most impressive projects!