Juniper Nights is a four-piece alternative rock band from Oxford, with James Gallagher on vocals and guitar, Zach Wilmott on guitar and keyboard, Marty Melvin on bass, and Tom... 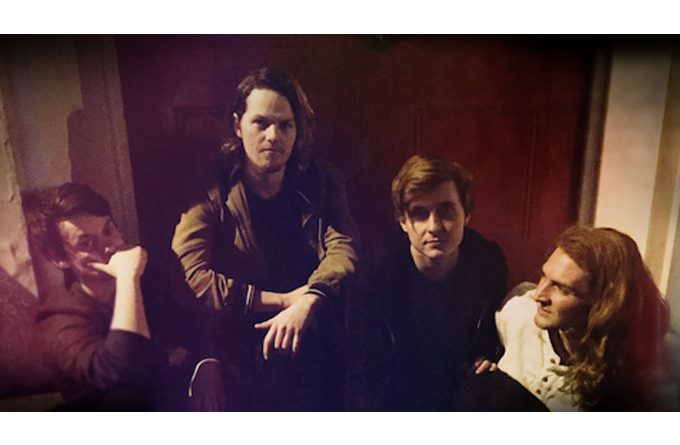 Juniper Nights is a four-piece alternative rock band from Oxford, with James Gallagher on vocals and guitar, Zach Wilmott on guitar and keyboard, Marty Melvin on bass, and Tom Lindsay on drums. The band’s latest 5 song EP, “Human Rush” displays an invigorating, take-no-prisoners blast of creativity into the tired and dull pop-rock wasteland. These lads from the UK refuse to accept the boundaries or other constraints of a fossilized genre. The recording tackles both a driving guitar sound, and mesmerizing melodic, mid to slow-tempo forages, with plenty of keyboard and string elements. 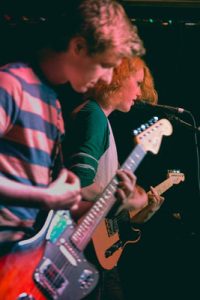 More of the latter than the former, but still with plenty of guitars. It’s nuanced and complex, yet it feels easy, and its originality is an antidote to the kind of mainstream corporate swill that passes for indie alt-rock these days.

Tracks like “All At Once” presents a familiar sounding romp, embracing the loud, balls-to-the-wall jangly guitars, for a crunchy and edgy alternative groove. While “Antidote” weaves together a complex mix of cerebral lyrics and forward-looking sonic advances, where seamless pop influences propel the melody through clean guitar notes and dreamy keys.

There’s an undeniable thrill of discovery that comes from hearing newcomers of the genre toss off something this fresh.

Mostly reassuring is that the default Juniper Nights sound is wonderfully nuanced. Their lyrics, more often than not, will raise an eyebrow with their level of profoundness and clever wording. Profound themes merge with the melodic, and purposeful musical exploits that almost seem to run through, under, and above what is going on.

From the iridescently splashing guitars, propulsive drums, and elaborately layered strings – James Gallagher’s voice is a warring and wavering mix of vulnerable crooning on “Bloodflow”. The unexpectedly gentle, “The Lighthouse”, is another fine example of the depth of thought put into these introspective tracks. 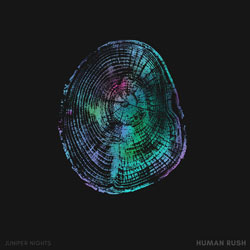 The song is an immaculate continuation of the previous cut’s lineage – with a warmer, more seductive undercarriage that’s high on irresistibility. But if you think this is the EP’s highest watermark, you’re wrong.

The moments of pure vertigo arrive with “Lemonhead”, which blends both the hard-edged guitar sounds and the softer elements of the Juniper Nights sound, into one roller-coaster song. This is 6 minutes plus of utter bliss as the band run the gamut of mood and emotion, with extensive use of dynamic instrumentation – brilliantly combining the frantic and the mellow.

This EP is attention-grabbing and bold, capturing the band at a creative height, and finding them focused and savvy, knowing what works for their sound, and how to accomplish it.

Juniper Nights are fantastic songwriters and it’s evident, even in the first run through of “Human Rush”, that their muses are very present. And though it hits on the first listen, this recording requires repeated listens to sink in and gain full appreciation, and I am happy to say those repeated listens are well-warranted and well-rewarding.

“Human Rush” is a terrific set from a band that I believe, couldn’t make something dull and boring, even if it were the only other option.

Kaydex: “In Love” searches for a deeper groove