Lockjaw Smile – on a clear mission to conjure up wizardry 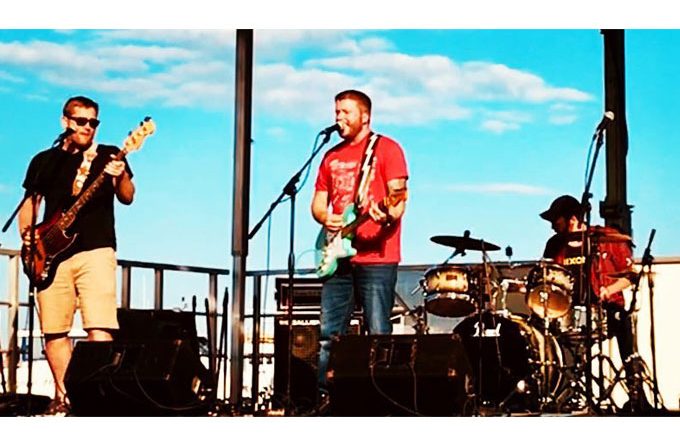 Originating in 2012, Massachusetts power trio Lockjaw Smile consists of Tony Thanos (Guitar/Vox), Bill Douty (Bass/Vox), and Scott Flaherty (Drums). Through changes and rotations, the band only finalized their lineup in 2016. One year later they dropped their debut “Three Headed Monster” EP. The band then set about writing a full length album while playing shows in the greater Boston area. They have now finished and released their self-titled “Lockjaw Smile” album as a testament to where they are at with their sound right now. “This is the second record for us as a trio. With it only being the three of us, it leaves more open space in our music, which helps us with creativity,” says the band. “We work with an amazing musician, producer, and engineer, Doug Batchelder of The Den. He really helps us zone in and get the best out our songs. He’s a big part of our music! ” they concluded.

“Lockjaw Smile” opens on a hard hitting note with the one-two-three punch that is “Lady Calypso”, “On and On”, and “Almost Summer”. The opening track wastes no time before kicking off into a heavy riff. The song feels both urgent and melodic, and the vocals only add to that.

The voice is grainy, and both smooth and rough all at once, giving it a very endearing quality. “On and On” proves to be heavier while being more groove driven, whereas “Almost Summer” is about as straight ahead of a heavy rocker as it gets on the album. 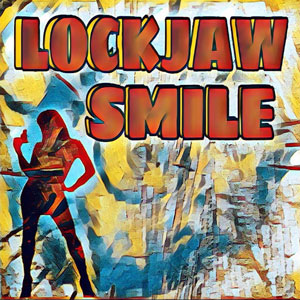 The heaviest track, and perhaps the best on the record, is “Slice of Pie”, a song full of rhythmic hits and riffs, while the vocals soar as they belt out a gripping and intense chorus in between moody verses and a searing guitar solo. That being said, Lockjaw Smile shine brightest on their heavier songs on this record.

As always, the songs are beyond well written, and incorporate a quirkiness that lends itself to epic art-rock, psychedelic and punk elements. These can easily be found on “Universe” and “Feel Good”, while “Payphone” pushes the sound even more left field with its jangly guitars and horn interludes.

The album achieves all of its goals. It is competent and catchy. It rocks hard most of the time but also slows down for more tender and easygoing passages on the odd occasion. And the singer belts it out, rasps, and croons with plenty of swagger that makes him such an engaging asset to this unit.

This album functions not only as a proud and raucous mission statement, but an audacious announcement that Lockjaw Smile has no intention of slowing down anytime soon. And the best is yet to come on this album, in the form of “Beach Fossils, “Segue” and “Horror Story”.

“Segue” is an exceptional standout instrumental track. The band’s whole formula – minus the vocals of course – comes together rather stunningly here. Lockjaw Smile are on a clear mission to conjure up the wizardry on this arrangement.

Riding on the deeply textured bass playing of Bill Douty, the punchy guitar of Tony Thanos and the thundering drums by Scott Flaherty, they trade dynamic licks and rhythms back and forth. Which is exactly what they do on the epic closer “Horror Story”. Only this time, with the vocals.

Breathing new life, the EP “Lockjaw Smile” finds the band true-to-form and making music on their own terms. This recording ticks off all the right boxes for anyone who has followed Lockjaw Smile up until now. The band’s DNA is all over these tracks, there is no mistaking it’s a Lockjaw Smile album!

Soldier Rye is killing it with “Antenna”!