Benjamin Ken: “Ben 2 Real” – the soundtrack to the movie in your head

Raised by a single mom, alongside two older brothers, Benjamin Ken grew up in Hickory North Carolina through life’s ups and downs. His mother worked hard to provide for... 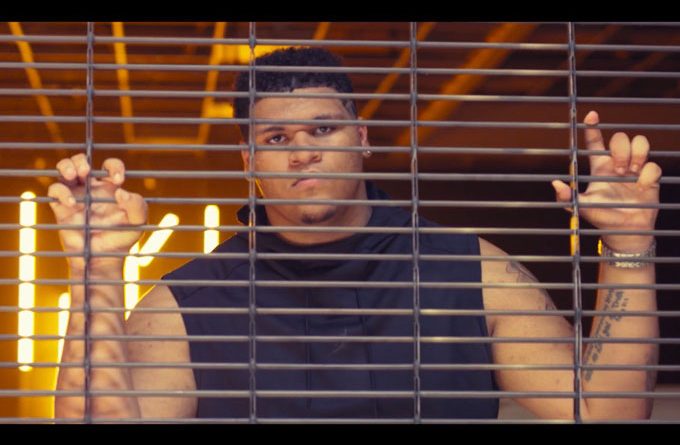 Raised by a single mom, alongside two older brothers, Benjamin Ken grew up in Hickory North Carolina through life’s ups and downs. His mother worked hard to provide for the family, and instilled the essential values of decent living into her boys. At just nineteen Benjamin has already assimilated those values and is expanding them into his craft, as he works hard at carving out a career within the music business. “Every time I get on any song,” says the young artist. “I think about how going backward is not an option. I want to achieve success so I can give my family and my team the life they deserve”. It is with this determined mindset that Benjamin Ken, signed to The Notables LLC., has released his 14 track album entitled “Ben 2 Real”.

Life is the territory of Benjamin Ken – enduring struggles, savoring joys, and pinpointing inspiration and motivation. Applying his words as a paintbrush and the studio utilized as his canvas, Benjamin’s momentum thrives off of real life and vivid memory.

From the “Black Friday” to “Ben Through It” EPs, and now the “Ben 2 Real” album, it’s been a steady climb of upward and forward movement. On the album, we’re offered a little bit of everything.  Benjamin Ken is able to have a certain raw, freestyle attitude to his sound, yet keep it modern for more listeners to be lured to.

On the opener, “INTRO (HERE FOR YOU)”, Benjamin displays this to the upmost of his ability. Utilizing a flow that is dreamily mesmerizing, he shows no issue in mixing in truth with a likable cadence. He demands attention and his tone is something you cannot ignore; and there is no ignoring the hunger in his voice on “ROOFTOP”.

“REAL” provides a similar attention-grabbing scheme, located from Benjamin’s beast-like delivery. Let’s keep in mind that Benjamin Ken’s primary objective is to get this sound out beyond his city, and the state lines in general.

Barely arguable as an objective, Benjamin Ken does just that on this album, maintaining the essence and roots that got him to this point, but taking it a step further with lyrics and production. Hence the ultra-modern and trendy sounding “GUCCI” FT WALT and “MISHAPS”.

Story-driven to the max, Benjamin remains so tight and evocative with his lyrics on “CELEBRATION” – you feel like you’re in his shoes and you escape yourself for a little under four minutes. This is followed by “PRETTY GIRL VIBES” a smooth, radio-ready lover’s anthem.

Just when you thought the story-telling tracks couldn’t get any better, Benjamin delivers “CRAZZI”. Collaboration wise, he connects with Lea Robinson who sings the hook on the soulful “REAL ONE”. “DRUNK TEXT” sees the rapper extend his melodic reach as he sings and raps his way through the mid-tempo arrangement.

By the time your ears fall to “LAST WISH”, “NO SLEEP”, “TIME CHANGE” and “LIFELINE”, it’s clear that Benjamin wrote some impressive lyrics paired with a solid flow and delivery. And that he is as much at home singing his way through melodic verses, as he is rapping through them.

If Hip-Hop heads wanted to voice their opinion on new rappers not embracing the culture properly – now is not the time. Benjamin Ken embodies himself as a true modern day emcee. He does it on his own terms, within his own style, while using all the modern trends and technology at hand that have made the new wave of hip hop artists so popular.

The same clever trap tricks used by the Lil Uzi’s and the Young Thugs, except Benjamin Ken doesn’t mumble. The Hickory native raps and sings.  Just listen, close your eyes, and let the music of “Ben 2 Real” be the soundtrack to the movie in your head.