Gold Shimmer is an independent LA based electro-psych art rock band. It is a surrealist collaboration led by songwriter Jeff Venter on vocals alongside Artyone Turner on synth and... 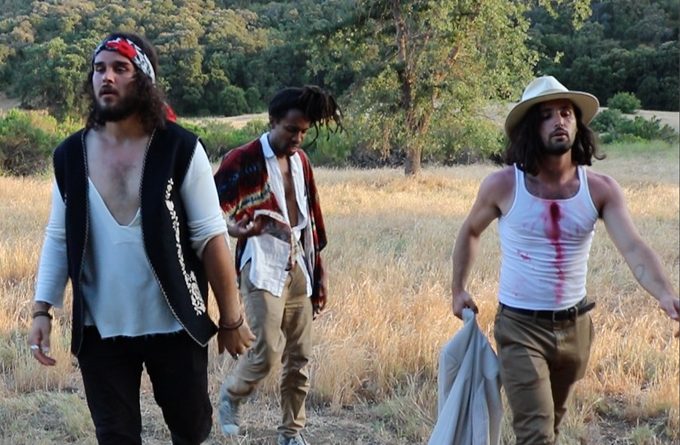 Gold Shimmer is an independent LA based electro-psych art rock band. It is a surrealist collaboration led by songwriter Jeff Venter on vocals alongside Artyone Turner on synth and Mitchell Manburg on lead guitar. Influenced by the Gorillaz, Young the Giant, and the Moon Duo they can rock, groove, get weird, and vibe out. The band are releasing their single “Quicksand” early September, and are due to drop their upcoming EP, “Temple of Solace Pt.1” at the end of October. In between they had a live show at The Satellite in Silver Lake on the 4th of September. 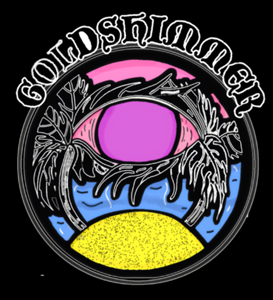 Like satellites drifting effortlessly across the velvet sky, Gold Shimmer have drifted in with their luscious and intoxicating single. It’s a track that morphs and unfolds ever so gently, impossible to totally grasp in its ethereal nature, like the reminiscence of a fading summer in all of its beauty and splendor.

This is music which is unexpected, but which you will find somehow irresistible at the same time once the sound clicks in your brain. It’s the instrumentation around the edges that give the track its unique feel and this is perhaps why the song desires more time to be allowed to bed into your mind.

You need to get that central idea in your cranium before the other parts can come alive, which is why the band are one of those you can come back to again and again. Until you are able to savor the cosmic odyssey of its mellow grooves, psychedelic guitar and deeply zoned, echoed-out vocals.

Filled with a sense of blissed out space and expansion, “Quicksand” is a swirling musical landscape that draws the listener in ever more deeply, wrapping them in warm grains of sound stained by haunting, mystical imagery. 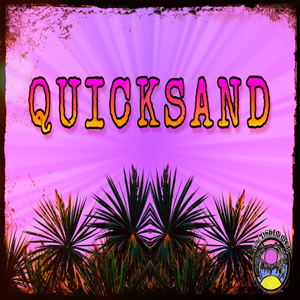 Not surprisingly there’s a concerted effort at layering the music in order to create that drift of body temperature currents and calming interplay between the guitar, synth and reverberating vocals. Without a doubt, Gold Shimmer is a couch-bound stoner’s delight that makes no demands, yet offers to take you wherever you wish to go.

“Quicksand” has a dreamy countenance. It’s a perfectly warm yet subtly complex track with juxtaposing elements that shouldn’t really go together so easily, but the skillful mastery and musicianship ensures it does. Throughout, the quirky electronic aura that intersects the jangly guitar sounds gives the song an alternative edge that is certain to appeal.

The beauty of Gold Shimmer’s music is that it can just as easily fill or empty your head. The insistent hi-hats and rolling basslines root the sound as the band are at their most melodic and spacey. At best, the results are thoroughly trance-inducing.

There’s a serene coolness to the song’s steady flow that keeps it mesmerizing at any given moment. Mixing psychedelic, organic and electronic elements together in an easy, free-form way, and then marinating it in heady 60’s harmonic vibes, this is a track that’s hard to dislike. It’s an engrossing listen, with the band’s disarming sound drawing you in further and further each time you listen to it. Gold Shimmer’s music crests with laid-back waves of exploratory nuance.

Under This Cracked Shell: “The Path” provides a tasteful sense of motion