ALPHAMAY started in 2018 as a project by two friends, Cris Frickenschmidt and Henning Hammoor whose lives have been connected forever by a bad car crash in 2012.  In the past...

ALPHAMAY started in 2018 as a project by two friends, Cris Frickenschmidt and Henning Hammoor whose lives have been connected forever by a bad car crash in 2012.  In the past five years, and five albums later they have become a fixed member of the German dark electro scene. Their last album “The Mellow Collie” was the band’s second album to enter the German Alternative Charts. This time ALPHAMAY have taken on a new challenge. A little over one year ago one of the most beautiful voices of the German gothic scene was silenced forever before his time. Felix Flaucher was not only the singer and driving force of Silke Bischoff and 18 Summers, he is also know to having been a creative artist and photographer.  Flaucher’s Silke Bischoff project rose to immediate cult status following the release of the album “To Protect And To Serve”.

Felix Flaucher was an early inspiration for both members of ALPHAMAY to walk the darker and melancholic paths of music. When Flaucher passed, the duo quickly decided to pay homage to his music and included “On The Other Side” in their live repertoire. 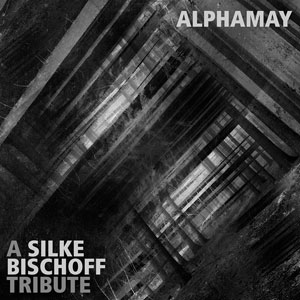 A lot of friends and fans then asked them to record and publish this tribute. Hence they released “A Silke Bischoff Tribute”, which includes the aforementioned song, as well as “AJ:NA (Where are you now)” – another track which had become one of ALPHAMAY’s favorites.

This tribute is ALPHAMAY’s craft filtered, distilled and purified. The epic ambitions of their music is once more displayed with confidence as they cover a song that has reached an almost legendary status within its niche.

Beautifully moody and melodic vocals and crystal clear electronics all float gracefully over murky bass lines and proactive percussion in “On The Other Side”. The tempo rises as the vocals bind the song together with elegance and subtlety. Underneath it’s darkly mysterious, evocative and muscular.

The song is propulsive, it’s electronic multi-rhythms, and darkly uplifting chorus referring to the bleakness of stark realism makes this a very dramatic song indeed, yet still one that you can dance to.The vocals sail innocently overhead, with some great lyrics featured here: “I saw you again with tears in your eyes / My heart beats hard / Time doesn’t move in a picture / But I can’t live in the past / Life is easy / If you don’t care about the future / And it’s easy to smile / If you don’t care about the truth / I still love you / But I’ve changed myself”.

This song will no doubt remain a timeless classic, probably because it sounds so raw, honest and primal. It throbs along with electronic pulses and ominous, pounding drums as ALPHAMAY does it caring artistic justice.

ALPHAMAY have been building themselves a huge underground cult fan base with their uniquely dark style of alternative synth music, but it’s almost certain that “A Silke Bischoff Tribute” could thrust the duo into an even brighter spotlight. It’s essential classic alternative music for sure, and it fits ALPHAMAY’s intoxicating style quite perfectly. This is certainly for fans and collectors of the genre in general.

Roc Kartel: “Bury The Hatchet” – every track could be a potential single!

I, Useless: “Twister” – great songs and an even greater story!