Jonny the Wolf: “Introducing The Wolf” – a spontaneous artist!

Twenty year-old Jonny Mottram, better known as Jonny the Wolf, is a rapper from York UK, representing people with learning disabilities nationally and internationally.  Jonny has Down’s syndrome but... 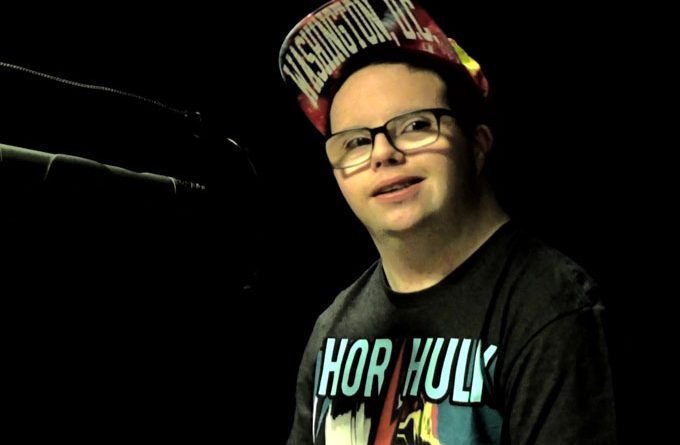 Twenty year-old Jonny Mottram, better known as Jonny the Wolf, is a rapper from York UK, representing people with learning disabilities nationally and internationally.  Jonny has Down’s syndrome but this has never gotten in the way of him going for his dream. Jonny has been rapping with Tang Hall SMART CIC since 2014 – firstly as part of the Hip Hop Shake-Up Rappers, then with The Collective, and ultimately, on his own, working with producer D.Ni.L. His debut EP – “Introducing The Wolf” is released on CD from October 1st, and is available from the Tang Hall SMART website. The last few years have been surprisingly strong for alternative rap. Many underground rappers, using a variety of obscure beats and unconventional rhyme schemes, have managed to capture mainstream success, outdoing their big label counterparts. Clearly there is a serious yearning for new faces and new sounds to infiltrate a market dominated by mumble rappers, trap beats and twerking girls.

Now who better than Jonny the Wolf, to bring something completely different to the table? Crunching guitar riffs and bass lines are in full force, as the pounding rock beat of “Love Shark” kicks in. Jonny rides in with a rapacious vocal attack as he declares his sentimental feelings for someone. 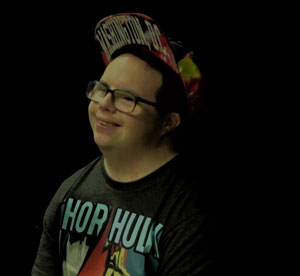 All it takes is a few seconds to parse the lines and see just how much Jonny can say in a relatively laconic set of bars. Articulate, assertive, and just a little vulnerable Jonny has got his vision firmly in place, as the beat rocks the paint off the walls.

Contrary to what you may be led to believe, considering Mottram’s condition, diversity isn’t the strong point of this record. The prevailing humanity is. More than half of the enjoyment of this EP is in Jonny’s rapping: the indifferent yet slippery deliveries, the clumps of consonance, the imagery that are joys to envision. Just as important, though, are the human imperfections, the instances when the supremely nonchalant Jonny the Wolf lets some healthy emotion seep through.

By the time he hits on the electronic thumper “Unboxing” and the slower bass-banger “In The Club”, it’s clear that Jonny is noticeably comfortable in his role as an emcee, and that comes through both in the writing and the delivery.

Technically he is totally in his element on “Dub Wolf”, where he hangs onto every drumbeat, flowing with confidence and endless charm. D.Ni.L. is an architect of the groove, his production style builds throughout, and he keeps the song’s tone locked down, leaving Jonny the Wolf plenty of space to elaborate his theme.

Jonny the Wolf works hard, together with producer D.Ni.L, to give his artistic expressions a matching conceptual framework, one in which his communication, emotional status, and his rhymes elevate his material into something more effecting.

“Introducing The Wolf” is a work as notable for its technical achievements as its grounded themes, and that’s impressive considering that so many artists lack in one or both of those fields. This EP is a work of a spontaneous artist with a keen desire to communicate. One who knows he has been destined to dig down remarkably deeper than others, in order to spring up to his peers.

InCrest: “The Ladder The Climb The Fall” – Power and energy running rampant