J Vinyl: “Elephant In The Room” – a rare breed of rapper!

J Vinyl is from Bridgeport, Ct. He moved to Atlanta for school which is where he found his love for music. Growing up with his grandmother who would play... 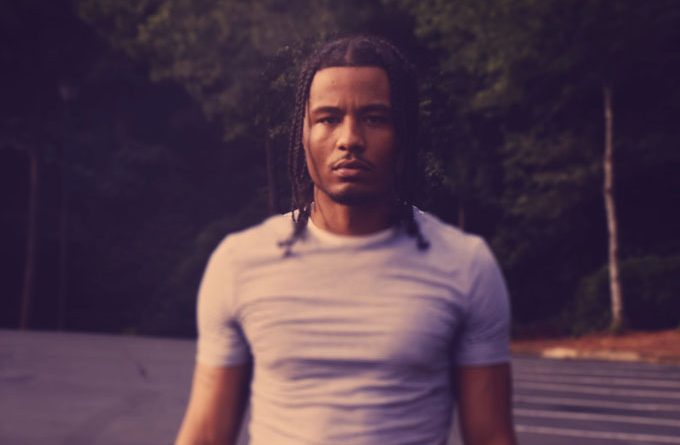 J Vinyl is from Bridgeport, Ct. He moved to Atlanta for school which is where he found his love for music. Growing up with his grandmother who would play Soul and R&B music, J Vinyl would hear people like, Marvin Gaye, Stevie Wonder, Ray Charles and Otis Redding. He didn’t pay much attention to Hip-hop until he heard J Cole, who would become his biggest influence. He says he mixes that influence with the Atlanta sound and culture to create his sound. J Vinyl is currently working on his debut mixtape, to be entitled “Love & Drugs” alongside DJ/Producer Problem Child, an acquaintance from Clark Atlanta University. In the meantime he has dropped the single “Elephant In The Room”.

This track comes across as a dark and honest work. Each word is shaped by J Vinyl’s depressive tone as he nosedives straight into the problem. “J Vinyl, lost child. Anxiety, gone wild. In public, won’t smile. What the fuck going on now.” And then continuing further on: “My anxiety is killing me. Boy you make me nervous, I don’t like your energy.”

Speedy spitting has been left behind, as his flow falls more in line with a steady trudge. It’s compact, anti-commercial rap that rides on a stark beat. J Vinyl’s mood dictates the output regardless of how it may come across.

When creating, J Vinyl is fully immersed in his work, crafting melancholy while distancing himself as if he’s behind a one-way window. “Elephant In The Room” works hard at being truthful with itself. This is about self-realization, unbarred honesty, and the act of becoming transparent to yourself and those around you.

Trapped in the walls of his mind, J Vinyl is building a strong sense of self, by tearing down the barriers that attempt to limit him. It’s gloomy stuff, yet there’s a mischievous wit underneath it all, a manifestation of audacity.

Many rappers fill their tracks with lavish announcements of their greatness. Instead, over the twisted bass-driven jingle of “Elephant In The Room”, J Vinyl makes a list of his insecurities, issues and irritations.

The production is unhurried: vaporous atmospherics punctuated by torpid chords and bumpy percussion, which J Vinyl uses to compose impressionistic scenes of personal anxieties rather than blown-out melodrama. It is a master class in ominous mood-setting and the dogmatic burrowing of a troubled psyche.

J Vinyl is a rare breed of rapper who excites and challenges. Snapping up through the cagey, absorbing beat, he gifts us a dense collection of observations few would even bother to attempt. His raw, internalized rap style, bristling with tormented detail.

The track is brisk, but this is a boon to the listener; there’s only so much of the anxiety aesthetic one can take before the darkness becomes overwhelming, and so the run-time is perfect. Never in any danger of overstaying his welcome, J Vinyl shows an overall maturity on “Elephant In The Room” that suggests great things in his future.