Nune Aka Mr. Propane: “Intervention” – a great rapper and a truthful poet

Growing up in Southern Louisiana in a family of five, where rap music was not really condoned by his mother, Nune Aka Mr. Propane struggled to understand this strict... 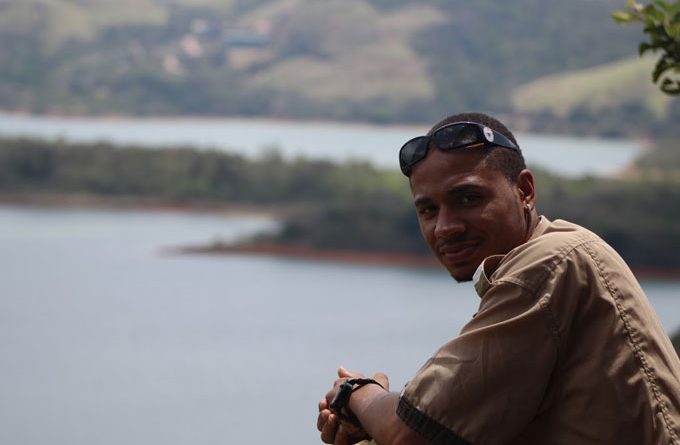 Growing up in Southern Louisiana in a family of five, where rap music was not really condoned by his mother, Nune Aka Mr. Propane struggled to understand this strict concept. Considering that the hardships and struggles talked about in these songs was living right outside the family’s doorstep and often included them too. This of course didn’t stop Tupac Shakur, Nas, Bone Thugs & Harmony, K-Rino, and Scarface resonating with the growing Nune. Soon the kid who got his family nickname Nune, from the fact that he was born 25 minutes past Noon on May 3rd, started jotting down his thoughts and feelings. In the back of his mind, the thought of expressing himself the way his peers did, never waned. 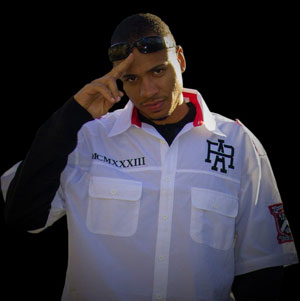 And now in an immense ocean of aspiring talent where most independent artists make an impact worthy of a single drop in that ocean, Nune Aka Mr. Propane has been quietly carving out his lane. He has landed TV Sync Licensing Deals and has caught the eye of multiple publishers. Parallel to that, he has built his official website, created videos, and extended his brand.

At the foundation of all this business-like vocation though, is the music – the one vital element which gives momentum to everything else. It is here that we find Nune Aka Mr. Propane in his finest form. And it is precisely on the album “Intervention” that he shines brightest.  So we now know that Nune is a dedicated, and hardworking artist.

How artistic and truthful is his art though? Through his lyrics and poetry you can feel the honesty. Whether or not you think that he’s a great rapper or a truthful poet, his music is gorgeous. With an ear for a beat, he flows over the instrumentation with a confident style – think abrupt like Tupac but at the same time, smooth like Nas.

His lyrics are easily understood, and I think he purposely wants them to be that way. It’s hard to say what the top song on this album is because they all are good. Before I first listened to the snippets of “Intervention”, I proceeded to wear out some of Nune’s other tracks, like “If I Try” Ft. SooSmooth and “Black Man” Ft. K – Rino Of Southpark Coalition. 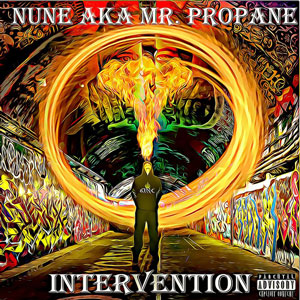 They have that soulful feel without overusing the idiom. But more than that Nune sounds hungry, impenetrable, and confident all at once. Some tracks thump and sputter like “My Domain” and “Champion (Mayweather Tribute)”, while others like “Nightshift” and “Mr. Propane” are spacy to maximize the room for the rapping.

All throughout “Intervention”, Nune Aka Mr. Propane maintains the quality of old school references, as he connects the past to the present, impacting the production and features around him. On the new album, Nune comes across as what I’d like to call a bridge artist.

Whether he’s bridging the gap between old and new or coast to coast, the guy is always weaving between diverse scenes and styles. He flows in a way that causes your mind to overload, while remaining perfectly on point and comprehensible. Overall, Nune has created a concise, focused, and intelligent album.