Khaali is a London based DJ/producer who grew up listening to a combination of Bollywood music, Sri Lankan Music, R&B and Hip pop. Her main genres are EDM, Tech... 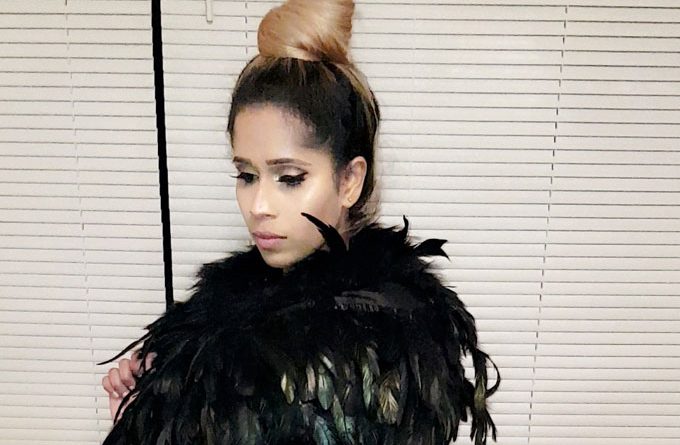 Khaali is a London based DJ/producer who grew up listening to a combination of Bollywood music, Sri Lankan Music, R&B and Hip pop. Her main genres are EDM, Tech house and Techno. She released her first track “Awakening” on 07/09/2018, which she followed up with thee dubstep flavored “Rani”. Khaali’s latest track “Desi” will be dropping on 17/11/18 and is currently available to pre-order. The Punjabi-styled EDM track has already been aired on BBC Essex and a review from radio host Ollie Winiberg included the statement: “I absolutely love this and this is an interesting production.” Khaali regularly plays at the Ministry of Sound and Egg London clubs.

She was in the supporting DJ line up for Timmy Trumpet headlining at Ministry of Sound, and will be supporting on the Afrojack event at Ministry during November. More than just a music artist, Khaali is also the co-founder of the record label ‘Lucid Dream’, which is the vehicle for her tracks.

For some music lovers the image on the outside of the release is just as important as the music etched inside the grooves. For them the record isn’t complete until you have an image that properly represents it. So starting from the outside, and moving inwards, “Desi” is already a winner.

The sketched psychedelic cover artwork, totally captures the commitment of its creative contents, as you quickly anticipate an exotic, intoxicating sound which duly arrives. And once you lay your eyes on the real Khaali, you will be complete captivated by her attractive demure. This is how female DJ/Producers were meant to be created, you’ll be thinking.

Of course things reach an absolute high point for your senses – both visually and aurally – when the sound of “Desi” hits your speakers. The powerful burst of this banger that dance floors will lap up like demented kittens, will not leave you indifferent.

A technically competent lady, Khaali proves why BBC Essex is raving about her sound, which weaves together elements of her one-of-a-kind synthesized stabs, her dabbling in Punjabi and EDM, and her use of both random vocalizations  in the foreground or background, as well as her overall love for some loud ass basslines. The outcome is an emotional high-energy ride, well-calibrated to the liking of dance fans.

From her first release Khaali’s music has been a constantly changing blend of sound, and the difference in tone, theme and color from track to track always reflects this. In quick bursts of energy, “Desi” embodies a tone of enjoyment, and is made to capture your senses unconditionally.

Perhaps more so than ever before, Khaali is focused on using her synths and samples to create euphoric bombardments of all-encompassing sound. And in so doing, the track certainly invokes mystery, magic and an extreme amount of energy. This could perhaps be an allusion to Khaali’s expanding career and the direction of her music.

In The Meantime Check Out The Track “Rani”