Born in San Francisco, producer, artist, and songwriter, Johnnie Smith Cleveland, entered the Hip-Hop scene under the alias West One in 2008, teaching himself everything he could about the... 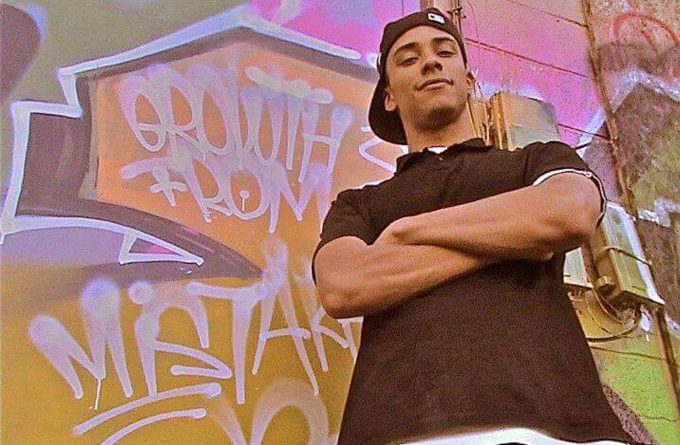 Born in San Francisco, producer, artist, and songwriter, Johnnie Smith Cleveland, entered the Hip-Hop scene under the alias West One in 2008, teaching himself everything he could about the business and honing his craft. Johnnie, who lives in Novato CA, with his wife and daughter, has done consulting, worked with kids, produced artists and headlined his own shows. Furthermore he also has a web series called ‘Rhythms With JC’ where he makes live beats on the spot from kits he creates from scratch. Now Johnnie Cleveland is getting ready to hog the scene with his single “Meraki”. Straight off the cuff, this song is excellent. JC’s rap style is very charismatic, the beat is sensational and the poetic lyrics and subject matter are fabulous. This makes the single very interesting, exciting and delightful to listen to.

Johnnie Cleveland’s music is unique, he makes rap/hip-hop music but he also successfully blends electronic elements with eclectic effects in here. It’s not the run of the mill rap that you hear every day. The replay value of this track is extremely high as you unpack different sonic pleasures after each listen. I highly recommend it to anyone who likes rap/hip-hop but is looking for something unique and interesting within the genre.

A real musician knows how to paint a perfect picture through song, and Johnnie captures a vivid portrait here. He creates a musical setting that allows him to enunciate his rhymes – the words and messages he really wants you to hear – in a more poetic manner. The result is a track that delivers great production and lyrics.

I’m a fan of all types of music. Alternative, Urban, Rock, Pop and EDM. But I’m always looking for an artist that changes the game, more than just any one genre. Johnnie Cleveland does just that. He doesn’t stick to the regular script, he fuses a lot of different things together, and then adds a breath of fresh air.

The arrangement showcases great electronic sound. Many personal theories can be read into the song’s narrative, one of them being that it is about perseverance, and moving on through difficult situations doing what you love passionately. The song basically also sums up what Johnnie Cleveland is about, fighting through his struggles to prove the doubters wrong and produce great music.

The drums, electric sound, everything about “Meraki” makes the beat so authentic, and compels you to listen to it over and over. And you can’t help but bob your head while listening too. Johnnie Cleveland proves here that is able to ride colorful and exciting music to great heights.

What differentiates JC from most Hip-hop artists is that he understands the importance of melody, harmony and mood, and since he does all of his own production, he has the freedom to mold his songs to match his imaginative lyrical themes. Hence Johnnie’s music feels more personal, and paints a clearer picture of the artist himself and what he’s thinking. That’s something that is rarely achieved by most artists.

Figguhlator: “Borrowed Love” will ride in your speakers!