Mike Gino is an independent artist from Chicago, Ill. Gino took it up north to MN. Having landed in Minneapolis what he dubs as “Lil Chicago” he settled in...

Mike Gino is an independent artist from Chicago, Ill. Gino took it up north to MN. Having landed in Minneapolis what he dubs as “Lil Chicago” he settled in and got active on the music scene. Far removed from mainstream road, he’s as surprising to his fans as they are to him. Gino’s catalog successfully showcases some of the artist’s enduring strengths and qualities. He embraces the experimental impulses of the modern generation, while maintaining the reliable ways of the old school. Hence his armaments include – melody, harmony, range, rhythm, and substance. Moreover, he’s frequently escorted by tracks that function the same way.

Musically, Mike Gino has reached a point where he would be able to sneak into any established market, by bending his sound to fit. Vocally, he never just goes through the motions. He puts emotion into every line, elevating rap bars to genuine vocal parts. Taking tips from R&B, he forges an emotional bond with the listener when conveying feelings.

Occasionally he snuggles up even more closely to R&B just because he can. It’s hard to imagine any professional giving his bedroom banger “Song”, the thumbs down as far as the craft involved goes, that’s how much Gino masters the finer points of the genre. 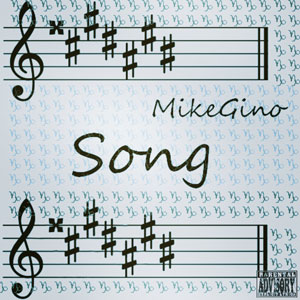 He sings, he raps, and lets it all explicitly hang out on this track. And you know the man means business when he drops lines like: “Throw them legs across my shoulders look me in my eyes. When I dig up in them guts I’m going deep don’t be surprised.” As Gino says: “That pussy make a nigga wanna sang.”

What makes a song like this so fascinating is that it’s structured like a standard ballad, showing that Gino is effectively a crossover artist in various ways. He has the ability to maintain a rapper’s attitude during the raps and a crooner’s composure during the hooks.

Though it has a noticeably different and laid back vibe to it, the record continues the tradition of razor-sharp lyrical displays that Mike Gino displays in the rest of his catalog. The general emotional nature of his music has little precedent in mainstream hip-hop, and his talent is well displayed in this song.

Over the past decade, critics have pointed out how the quality of hip hop music has decreased. What has been overlooked is the work ethic of several underground rappers like Gino. From the start, “Song” banks on the artist’s strong points, with a refreshed and sharpened vision.

Here he has a grip on the complexity of emotions he is going through and lays them down openly, and explicitly. Mike Gino distinguishes himself from his contemporaries in quite a few distinct ways: the versatility of his voice, the smooth control of his flow, the charismatic delivery of the words and the visual impact of the narrative he chooses. Gino’s unique style and lyrics are so impacting, it’s hard to imagine any beat or hook he couldn’t make stand apart from the crowd.

Figguhlator: “Borrowed Love” will ride in your speakers!

Baba Beck – embracing the musical diversity we need more of!