George Blue Galanos is an emerging blues-rock singer-songwriter and guitarist from Greece. Born in Sparta, he boasts of leaving a career in pharmaceutics and returning to his homeland to... 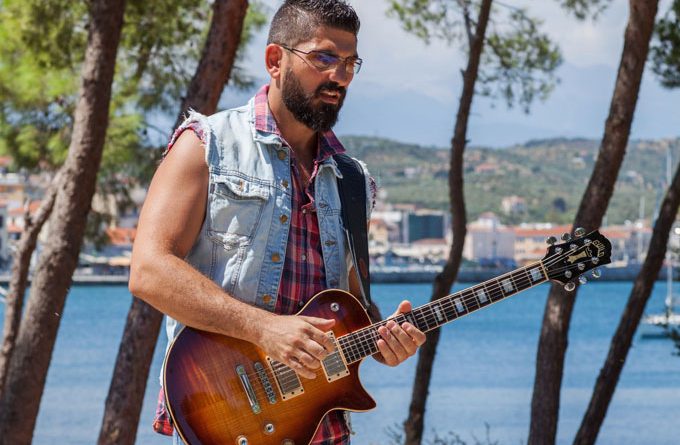 George Blue Galanos is an emerging blues-rock singer-songwriter and guitarist from Greece. Born in Sparta, he boasts of leaving a career in pharmaceutics and returning to his homeland to become a farmer, in order to have more time and peace of mind for his musical pursuits and to enjoy life to the full. Galanos had collected two decades of experience before going solo, having played in rock clubs around Athens and Thessaloniki with numerous bands. His sound is consolidated by full analog production, using classic gear of the 70s and 80s, while attempting to translate a live feel to his songs. George Blue Galanos is currently promoting his 4 track self-titled EP. 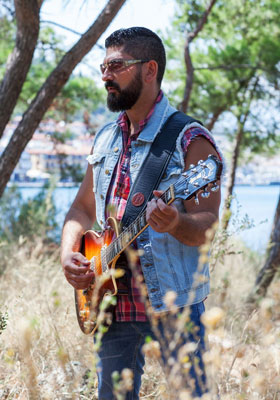 Galanos has it all in this work – blues, rock, ballad, and good story lines. What doesn’t this master of his guitar, and great backup music have going for him and his writing? This is one of those works you may put on, and play again and again, while on your way to work, back home, or just travelling.

George Blue Galanos created an all-original EP that rewards listeners with a wealth of exciting music that explores and expands his status as a composer and performer. Right from the opening track, “I’m Dead Inside”, Galanos comes out swinging with crunching guitar riffs and scorching solos.

But vocally, his singing is full-throated and nuanced, and capable of delivering soaring choruses. The backing music hugs every riff, chord and beat, while adding their respective nuances in just the right places. Galanos burns bright and hot as he demonstrates his guitar-slinger chops, borrowing from the lexicons of blues and rock.

“Indigo” immediately struck me as the song which most represents what might be considered that classic rock sound. A driving guitar riff, powered by a steadily pulsing rhythm section over which Galanos wails and barks intensely until we reach the patented barn-burner solos and full-blooded shredding.

There is a willingness to innovate and explore that gives this recording its contemporary currency. There’s no room for complacency, cliché or recycled riffs as the essential meeting of polished songs and a seasoned production pushes Galanos to dizzying artistic heights.

“Nataly” shows us George Blue Galanos as a deeply expressive songwriter, aggressive and sensitive guitarist, and full-fledged vocalist. Galanos explores his own version of nouveau blues based on the perfect equilibrium of organic instrumentation framed by focused production and a deft arrangement. 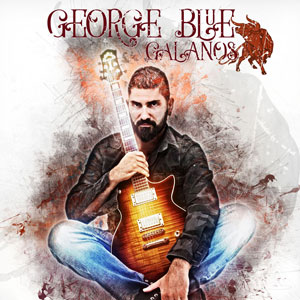 This allows enough room for his sparkling guitar work to satisfy true fans of the instrument. Michael Skarakis’ mixing, production, and attention to sonic detail pays rich dividends and pushes Galanos to his best vocal performance of this recording.

“People Just Don’t Give A Damn” sounds like a powder keg ready to explode any minute, right from the start. The song immediately sees George Blue Galanos taking control of both guitars and vocals, in a rock song with bridges and choruses cleverly written and arranged. A catchy tune that would surely attract a lot of rock radio airplay.

Galanos’ guitar riffs are genuine killers, reinstating once again on this closing track, the Greek-born artist’s immense class as a guitarist. George Blue Galanos has completely achieved the artistic goal of balancing the roots of the blues tradition with rock’s powerhouse riffs and rhythms, without betraying any artistic honesty and integrity.

This self-titled EP is the showcase of Galanos’ solo career so far on many levels, as a guitarist, a singer and as a songwriter. A musical jewel and a statement of sheer talent that will make inroads into the industry and impress audiences worldwide.

Cips: “Comin for You” – The beat, the flow, and the vibe is truly captivating