Xcedera Twins: “Like UR Dying” speaks to our times

The dynamic duo A-L & C better known as the Xcedera Twins are a triple threat that originate from St. Louis, Missouri but currently reside in Los Angeles, California. The... 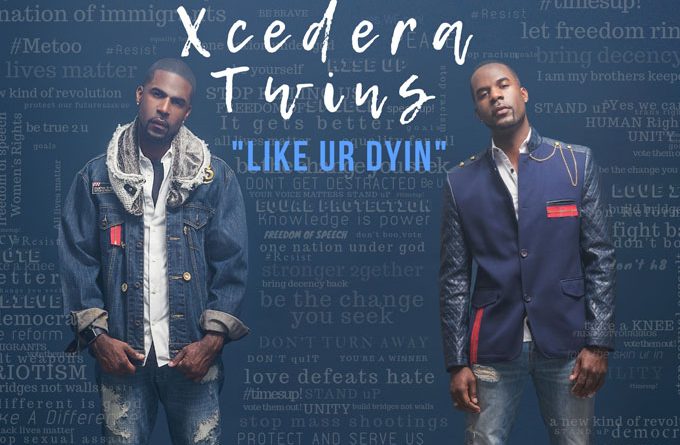 The dynamic duo A-L & C better known as the Xcedera Twins are a triple threat that originate from St. Louis, Missouri but currently reside in Los Angeles, California. The emerging artists have already worked with many industry heavyweights like Missy Elliott, TLC, Snoop Dogg, Ernest Thomas and Sisqo among others. Furthermore, the brothers have had many amazing opportunities from touring the globe, on-air radio-guest appearances, to even gracing the stage of BET’s 106 & Park.  Their song “Let Me Know” was co-written and produced by Devine Evans of the Senate (credits: Monica, Nikki Minaj, Britney Spears). They also had their single “Confetti” remixed by acclaimed producer Jason Nevins. On the 4th of November 2018 the twins premiered the official video for the track, “Like UR Dying”. 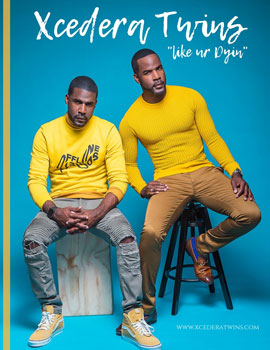 The new track never engages in R&B indulgence or blatantly panders to a hip-hop audience, it simply steps into the timeline of both to become a staggering testament to the power of crossover craftsmanship and conscious vision. “Like UR Dying” showcases the impeccable quality in which everything was recorded.

The commitment to recording goes far beyond mere fetishism, the warmth of the sound is an integral part of the music here and every instrument is rendered with striking amounts of space. The rhythm section in particular sounds absolutely incredible, each kick drum, every satisfying thump of the percussion hits you right in the chest.

The rising melody makes you want to bop your shoulders up and down while you pop out your chest with pride to the uplifting lyrics. This is a song that speaks to our times, and quite honestly, to many times in history, before this. These lyrics are topical and current to any generation of black strife, but the Xcedera Twins had the good sense and generosity to understand we needed to hear this now.

It’s the urgent indictment of the Trump era. “Like UR Dying” is unswervingly political, spiritual and endowing at once. And it delivers in spades. It is heartening and it represents today’s best from an R&B/Rap and Soul perspective. 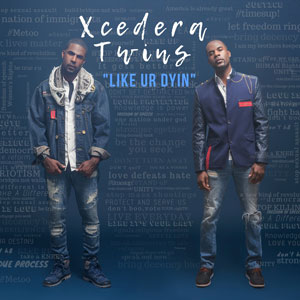 The Xcedera Twins deliver a performance that is both smooth and biting; catchy and inscrutable; casual and precise; impulsive and reactionary – all within a narrative that is on fire. It proclaims protest and defiance, yet at the same time, unity and power.

The power in the twins’ words are perpetuated by the sheer impact of the music. What is remarkable about “Like UR Dying” is more than the fact that it simply exists, but rather how natural its complexity and novelty feels. It seems to feed off old-school principles, yet at the same time, fits in an eclectic, modern-day category of genre-bending material.

The Xcedera Twins are pulling from endless inspirations to create music that will push the boundaries and draw attention to their cause. The new record broadens the range of urban music, sometimes by stretching its limits, and sometimes simply by reintroducing elements that we had forgotten about.

It’s a mission statement on the culture’s past, present, and future. “Like UR Dying” feels timeless in its spirit, and after a few listens, it’s hard to deny the magnitude of this record.

Alisa Chirco: “Give Me More” is exactly what her vocals are built for