Leon Blake makes his intentions known from the intro of his single “Berlin” (feat. Dona). Ambient melodic elements usher in a meandering tropical-like progression that dances from bar to... 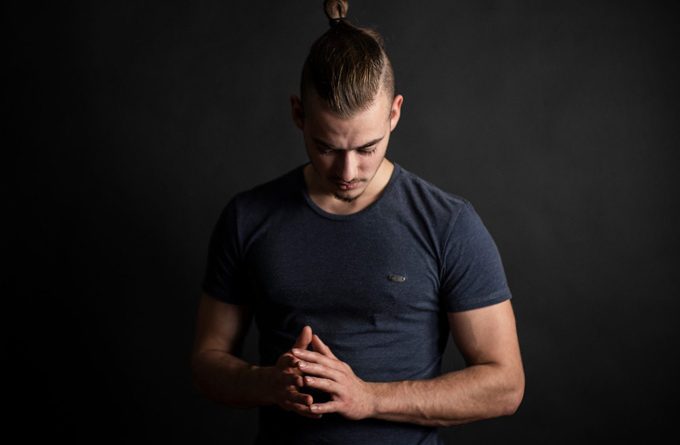 Leon Blake makes his intentions known from the intro of his single “Berlin” (feat. Dona). Ambient melodic elements usher in a meandering tropical-like progression that dances from bar to bar, telling an ultimately positive story that matches with the lighthearted musical ethos. As can be gauged from the title, the song is about the city of Berlin, where incidentally both Blake and Dona no live. Leon started producing the song at a time when it was uncertain that he could stay there on a permanent business. His adoration for the city and his experiences there induced him to write the song. Singer Dona Spock had also moved to Berlin at the time and felt the same way about the city as Leon did.

So getting together on the track obviously seemed like a logical choice for both of them, and you can actually perceive that unison of intent throughout the song, as Dona’s sparkling, vivacious vocals wraps itself around the shimmering and sultry production. The track pumps a relaxing rhythm with the perfect percussion, while Leon Blake’s keyboard chords, sliding synth melodies, and bouncy bass bring about a sincere emotion.

Blake leaves you filled with a sense of discovery in this beautiful production having recruited the talented Dona for the vocals on this one. Dona’s harmonious voice effortlessly portray their thoughts and aspirations in the lyrics, such as “My heart tells me I’m home when I’m here. I’m so in love with the freedom I feel,” and “I wish that I could be part of Berlin.” The acutely elegant beat delivers a breathtaking melody that really captures Blake’s smooth sound.

Leon Blake’s talent and attention to details ring through the track as he puts together a clean, crisp sound. Slightly more diverse and colorful than some of his peers, Blake focuses on the quality of his audio aesthetics which further evidences that he is capable of crafting exiting electronic music. Blake also proves to be exceptionally good at pairing his keyboard driven track with a voice that will catch many people by surprise.

Showcasing exactly what he’s good at, “Berlin” (feat. Dona) relies on Leon Blake’s musical sensibilities: a sharp producer with good tastes in tone and groove that knows how to build a breezy likable vibe. Blake’s grasp of the fundamentals of a killer melody are absolutely outstanding in capturing a mood, with his production picking up every pristine edge for display.

He’s fully aware that his singer ( in this case Dona) is going to provide the mutable human element within the mix, so he’s working to ensure the melody is polished to a mirror shine and is precisely balanced against a groove that feels both easy going, but remarkably propulsive all the same.

With verses that understand Dona’s vocal range and a hook that utterly goes for broke, as she switches to falsetto, I would say that the record is comfortable yet big on emotions. It is also not an exaggeration to say that the vocals on “Berlin” (feat. Dona) are flawless, while the production meets the expertise of the voice.

A noteworthy observation from the track, is that Leon Blake knows how to raise the energy in the song, while at the same time taming any exuberance down and injecting emotion into the production at just the right places.