Sepsiss is a female fronted metal band from Manchester, NH and founded in 2011 by Melissa Wolfe & William Savant. The band who usually perform as a 6-piece, combines...

Sepsiss is a female fronted metal band from Manchester, NH and founded in 2011 by Melissa Wolfe & William Savant. The band who usually perform as a 6-piece, combines clean vocals from Melissa with harsh deliveries by William, backed by modern rhythms, grueling bass, synths, heavy percussion and a blend of urban hardcore. Oozing with attitude, rebellion and spunk, the band’s latest track, “Fair To Say” is a juggernaut of well-balanced metal, alternative and classical style rock. Throw in an attack of well written lyrics and story telling that compliments the music itself, along with the ability to manipulate their sound with an impressive ceiling still looming above them, you don’t want to skip this one without a decent listen. 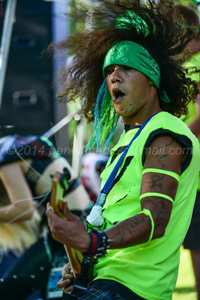 Guitars are heavy and distorted and share center stage with Melissa’s purring, mewling and hollering, and the rhythm section keeps everything tight and propelled steadily forward. The opening bars of the track serve as a statement of purpose: a snaky, sinewy dose of over-driven rock, with an earworm melody and plenty of grinding guitar riffs. As rock tracks go, it’s a damn good one. The guitars are heavy, the bass is thumping and the percussion is impeccable, as Melissa drives the song home in sweeping style.

Even though the message is clear on “Fair To Say”, lyrically Sepsiss are also capable of not giving it all away, and allowing listeners to delve into their songs with an open, unbiased mind so that they can uncover their own meanings behind the band’s narratives.

Instead of pinpointing a specific feeling or event, fans can be left to utilize their own personal experiences to complete the storyline – and that is another reason why Sepsiss are so damn good.

Though Sepsiss are able to deliver several different styles of singing, total attention is placed on Melissa’s clean, melodic vocals on this track to propel its momentum and capture wide-spread listener attention.

This catchy rampaging rock anthem has a chorus that is bound to have you attempting to sing along moments after hearing it. Through these almost four minutes of impressive grit and fury, Melissa undeniably shows dynamic vocalization along with aggressive lyricism. But it’s the whole band that’s on fire here, with their throttle-wide open rock.

“Fair To Say” is a track that truly encapsulates the natural uninhibited feeling rock-n-roll is meant to have. The song steps forward in technique and courage while keeping Sepsiss’ raw signature sound, something truly needed in today’s tame music scene.

The band is doing something very important. They express their ideas and reality without euphemism or reserve, embedding true inspiration into their music in such way that listeners will grasp the spark that ignites their sound.

Right from the start “Fair To Say” flexes it’s creative muscles and then expands into a banging thriller. Sepsiss has a whirlwind sonic aesthetic with enough depth for the listener to come back to them again and again.

Their collection of songs move easily from hard edged, sometimes jagged rock, to ripping, tearing exhibitions of total outrage. Sepsiss leaves no stone unturned, as they challenge the norms. They still room have to grow, and more music to make, so who knows where they will be pointing there big middle fingers tomorrow.

Mad Panda: “The Garden Party” – a seamless and blissful daze

Laura Clare: “On My Way” – etched in chill realism