Boston-based – but Pittsburgh, PA, born and raised – brothers Rome Alexander and Rederic form the musical project, The Keymakers, who are back with another explosive musical project. This time the prolific R&B... 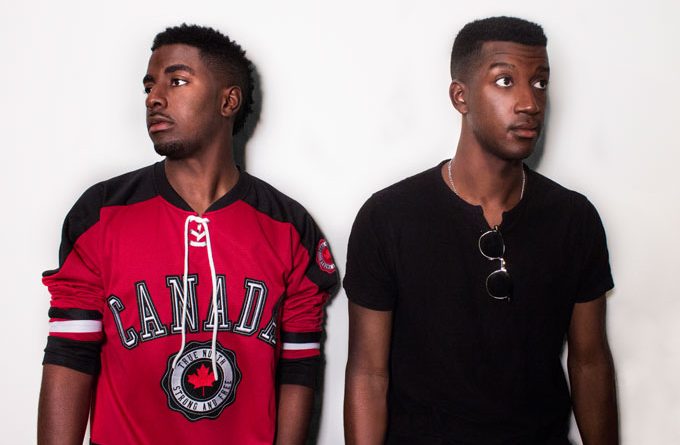 Boston-based – but Pittsburgh, PA, born and raised – brothers Rome Alexander and Rederic form the musical project, The Keymakers, who are back with another explosive musical project. This time the prolific R&B duo team up with emerging EDM DJ/Producer Mizu, to release a remix of their latest single “Insomniac”. The Keymakers is a project that continually makes what may ultimately be considered important statements with genre-bending and atmospheric production that openly challenges the music to evolve. They live indefinitely outside the lines, on the edge where creative artists do not play it safe and the industry’s categorical boxes no longer exist.

Concerned with elevating the genre to something that is completely their own, The Keymakers trade in the kind of alchemical magic that can only be derived from the intersection of youthful indomitability, artistic sincerity, and unbridled creativity in their approach to the stylistic pillars of R&B.

Their approach to song structure is one that accommodates tailored production and the affecting weight of their narratives. Practically sounding out their thoughts, The Keymakers give tangible shape to emotion and establish a clear respect for the craft of delivery.

“Insomniac” is R&B, sure, but it’s a lot of other things too. The Keymakers together with Mizu, have crafted a track that sounds both familiar and fresh, escaping most of the genre’s clichés and faux-pas, while at the same time keeping an old air of familiarity, firmly seated in the R&B genre and aided by spectacular voices that could well carry the whole thing with no instrumental aid, if needed.

The pressure of living up to expectations, of delivering a consistent song that can appeal upon the first listen is something that is always rather unreasonably asked of up-and-coming artists. The Keymakers have delivered each and every time. “Insomniac” is the fifth official single by The Keymakers, and serves as yet another spectacular trampoline for these urban music protagonists.

The voices, smoky but at the same time smooth as warm caramel, slide upon a velvet carpet of lushly layered instrumentation that dares to keep up with their vocal prowess. Everything sounds incredibly intimate and gentle, at times even sensual and alluring, and perfectly fits the situation. Its soundscape will evolve your existence. It’s that gorgeous.

“Insomniac” is smothered in earthy vocal textures, fluorescent musical tones and crisp, rounded drums. While the song follows traditional structures, the sounds bloom in remarkable, unexpected ways. You could argue this is the highest point achieved by The Keymakers, having already acquired their own distinct style, by blending R&B, Pop and EDM flavors.

“Insomniac” is such a sonically rich track, you could easily get lost in its sound. There are many things to praise about The Keymakers as musical artists, and the first has to be the ability to uncompromisingly push forward their creative awareness.

“When we decided to make the remix we wanted someone to take the sound to a different place, yet maintain the underlying essence of the song. We are big fans of Mizu and thought he was the perfect choice,” said Rederic. In response, Mizu stated: “I love to maintain the essence of the original by putting my own spin on it, so I think this turned out just the way I imagined.” On listening to “Insomniac”, the feeling is they both were clearly right!

FZY: “Compatibility / Voice of Treason” – so much to absorb and unravel