Hailing from Melbourne, Australia, Darcy Fox is singer and songwriter with a blossoming career. She has been singing and playing guitar since she was 15 putting together a pop,... 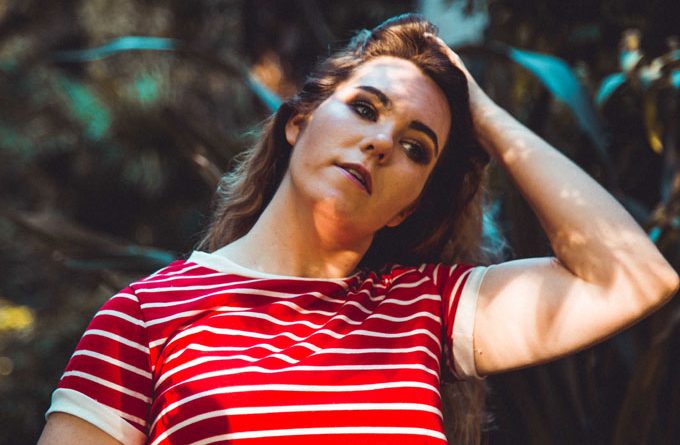 Hailing from Melbourne, Australia, Darcy Fox is singer and songwriter with a blossoming career. She has been singing and playing guitar since she was 15 putting together a pop, folk and country blend with a modern edge. She became a finalist in the 2013 Telstra Road to Discovery competition, and won the Blues, Roots, and Beyond competition in 2015, among other accolades. She also had the amazing opportunity to tour throughout New Zealand and Australia, sharing her beautiful songs with the audience.

For as much as some artists  are basking in the critical acclaim for their retrograde take on country and pop music, the most daring female artists in the genres these days are those that are singing songs of empowerment and self-reliance within the trappings of a radio-friendly sound. And right now, few in the underground are doing that better than Darcy Fox.

The Aussie singer-songwriter’s latest track, “I’m Doing Fine Now” has the patina of modern pop, with a steady drum beat and attention grabbing vocals. It’s more country and folk by reputation, than the artful pop twist in Darcy’s voice, and the earthy sound.

Darcy looks at the wreckage of an old relationship, and the need for the blooming of a new life, with something between bemusement, anxiety and relief. “The lessons I learned, are, a gift for the price that I paid, with my broken heart,” is only one of the many quotable gems she drops in the song.

“I’m Doing Fine Now” gains in strength as it goes along, mirroring Darcy Fox’s push away from a particular lover and towards a new beginning, but there is always a seed of a doubt haunting her: “I wear myself out. It’s such a shame. How do you still have a hold on me babe? A picture of you shouldn’t ruin my day, but it’s okay. I’m doing fine now.”

Somehow she manages to come out on the other side of the heartbreak with the sun still rising and her head held high. Throughout, Darcy’s vocals are consistent, at times exceptional in its nuance.

Darcy Fox is a singer who will wow the listener with her tonal shading and inflections, but this is not all. As it is the songwriting, the seamless blend of country, folk and pop, coupled with a lyricism that goes beyond the expected, that drives Darcy’s work.

With “I’m Doing Fine Now”, Darcy sticks to her roots while she carefully creates a transparency that serves a slice of evolution. That said, this latest song can be described in three words: love, loss and life. There is a variety of emotions that move through the listener through the duration of the track, all cycling in that exact order.

Even in the short amount of time – four and a half minutes – the singer-songwriter does a remarkable job at storytelling. “I’m Doing Fine Now” is a well-composed and balanced piece, swerving from heart-filled verses which snap to fully fleshed-out musical choruses, capturing your attention in a mesmerizing way.

Scott Zartman: “Desperate In Love” is performed with self-assured flair

Onixonst: “Take Us Back II” – a pioneering electronic sound