Originally from the Bronx, NY, Kalel is a 23 year old rapper based in from Reading, PA. His latest track is an atmospheric, love and existentialistic ode, entitled “Wave”....

Originally from the Bronx, NY, Kalel is a 23 year old rapper based in from Reading, PA. His latest track is an atmospheric, love and existentialistic ode, entitled “Wave”. Kalel’s heady lyrics, ultra-cool demeanor and choice of spaced-out electronic beats is a match-made in heaven. The new track, continues harmoniously in this vain. It’s a super smooth way to unloading the burdened mind and the heavy heart. Mature, calm, studious and reminiscent of legendary lyrical bohemians, Kalel sound’s far removed from the current breed of rappers, yet there are obviously analogies with the popular moody emo-rap in his sound.

The minute you hit play, listeners will fall silent while being compelled to listen- this isn’t the sound of a party, it is the sound of a performance. People will react with awe to the lyrics and listen obsessively to the richly layered soulful beat, and despite the lack of rhythmic movement (this definitely isn’t dance music) audiences will clearly be hooked from the start. 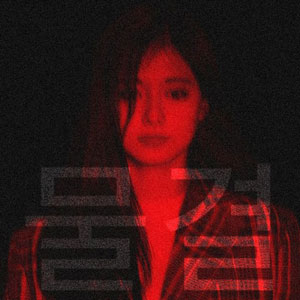 And when Kalel begins to rap for the first time, again the crowd will buzz with quiet amazement at his stoic storytelling. Not bad going for an artist with virtually no hype or promo, and relatively fresh on the scene.

Kalel is a master with words – how he thinks, and how he forms poetic but logical lines to make verses which confirm the story-line. All done with a distinctive, highly recognizable voice and flow. This is how rap should be. Unlike the mainstream fodder you come across on the radio or what most of your friends sing under the shower.

For all of his spoken-word-type mellowness, Kalel is spitting heat with actual meaning. Every one of us has a criteria is for determining what is good and not good music, but “Wave” upholds the greatness it needs to impact listeners.

Kalel’s ability to construct a narrative while maintaining interest with a laidback flow is brilliant. He masters the concept so eloquently. If you’ve never heard Kalel, and I presume most of you haven’t, then you haven’t really heard what hip hop can still be 2019.

Every time I hear this dude flow, it’s like a big breath of fresh air. And you would think that his flow would sound out of date compared to the current mumble rappers. No. His flow is like water, it just takes the shape of whatever beat it’s in.

Kalel is not like your typical rapper, there’s not any boasting and bragging about him. Just imagine a smooth run of metaphors, internal rhymes, and compound syllables all in a huge lyrical pool, that sums up his storytelling content.

Kalel needs to be recognized for having the heart to just bring to hip hop the finest prose regardless of who’s listening. With this track hopefully word of mouth will spread and he’ll be rewarded for all of his hard work and courage. What else can be said of a song, with a production that is spectacular, but where the words are just as stunning, if not more so.

Onixonst: “Take Us Back II” – a pioneering electronic sound

The Lost Music of 1970’s Hollywood