Even if you are an avid fan of music, there are always going to be some good ones that you miss. Especially if you live on the wrong side...

Even if you are an avid fan of music, there are always going to be some good ones that you miss. Especially if you live on the wrong side of the Ocean, and far away from the British music scene. If you’re a fan of indie, alternative and Britpop, matters only get worse. And you’d be hard pressed to discovery genial bands like THE Lancashire, Blackburn-based collective, ECHOGLASS. The band is a vehicle for members DA McKenna, Remmy, Bo, JJ and Fritz, to deliver their evocative poetic and musical visions through Darkhouse Recordings. Their latest endeavor is the 4 track EP called “Stories From The North”.

Emerging as they do in an era overrun by mostly moronic rap and insipid pop, ECHOGLASS focus on the things many bands completely overlook: subtlety, sophistication, harmony and melody. And for that, they stick out. Not quite like a sore thumb just yet, but more than enough to warrant some serious attention.

“Stories From The North” strives for a certain subtlety, maturity, and erudite sophistication with its attention to detail – evocative and moody melodies, semi-baroque arrangements, intelligent lyrics, etc. And if you’re a nitpicker like me, that list could become almost endless.

Unlike the major label fodder, the EP doesn’t play as routine or going through the motions. It doesn’t strike as an obligatory contractual recording. There is an ease to the songwriting and a general lack of stakes that frees the creativity and performance levels. Less attention is given to hooks and sweet-toothed goodies, instead they’re allowed to come naturally. And they come in bucket loads. With these kind of expectations absent, ECHOGLASS is at their most endearing.

By themselves, any of the songs on the new ECHOGLASS album, would sound perfectly natural on any of their previous albums, though maybe totally different in style. That’s how consistent this band is. Every song is a standout: the opener, “Youth!”, pushes the boundaries of what constitutes modern pop, allowing for playful moments and encouraging full-tilt nostalgia. 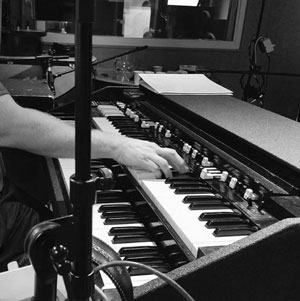 The band is a picture of patience on “Sett End”, the vocals smooth and low over the organic sounding instrumentation, while giving way to pastoral harmonies before the crunchy electric guitars come crashing in.

This is probably ECHOGLASS’ most distinctive collection of songs, and probably their most memorable. The songs here are frequently gorgeous in their arrangement and production, and they’re just the kinds of tunes you’re likely to find stuck in your head. “Peppermint Place” is a striking display of songwriting range and performance.

While on “Belgrave Road” the lead singer’s voice dips and soars, rising almost breathlessly as pianos undulate around him, a dramatic, choral, almost spiritual effect is brought on by the addition of the female vocals.

Unsurprisingly for many, like myself, who have heard ECHOGLASS’ previous work, it was inevitable that the band would end up at this level. It’s also no surprise that they arrive in grand style with “Stories From The North”.

ECHOGLASS root themselves in a defiantly English pop lineage, but they’re also infiltrated by diverse influences which ultimately define their peculiarity. While touching on moods that range from physical and earthy to cerebral and intimate they ulteriorly form their focus.