Rodney O’Bryant Pegues better known by the stage name Tropikana, was born and raised in Oxford, MS. Pegues first became involved with music as a part of a group... 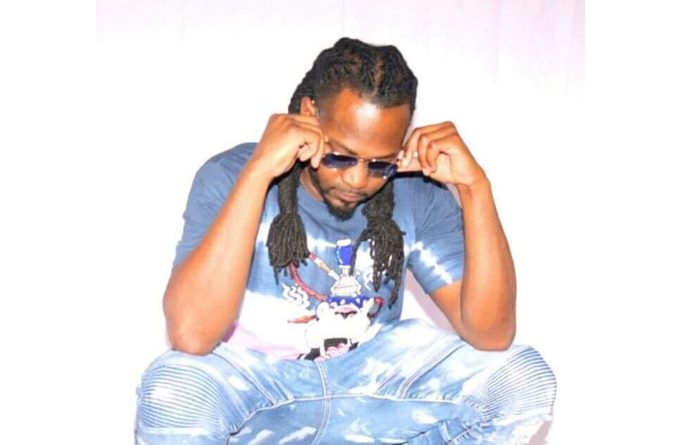 Rodney O’Bryant Pegues better known by the stage name Tropikana, was born and raised in Oxford, MS. Pegues first became involved with music as a part of a group called Untamed Piranhas. He received the name ‘Tropikana’ which means respect, power, and humbleness, was given to him by an older family member. A solo artist since 2013, Tropikana has released his latest project, “Sum Bizness” taken from “The Bootleggers Son” album. “People seem to gossip about those whom they’re afraid to face,” says the artist. “Some people are miserable and want to see others fail. I noticed that I have been the topic of many conversations, and this is my rebuttal.” Dropping nothing but swagger and middle-fingers, sprinkled with one hell of a game, Tropikana gives us the definition of solid. Hopefully his detractors are paying attention. All offense should be taken.

You know what’s going on when you have Tropikana on a track. He can drag you in deep reflection about how everything can change in a minute when you stay busy and bring quality work to the table. There ain’t nothing better than showing out the grind, in a warning song, where the beat and flow is outrageous.

No words do it justice. Just listen to it and you’ll hear just what I’m saying. Real music has nothing to do with sales, nor does it have to do with commercial success, and “Sum Bizness” pretty much clears up that fact. 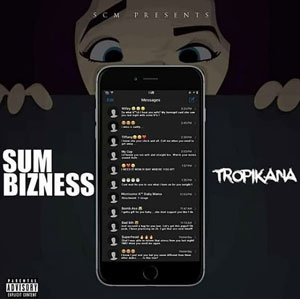 Since entering the Hip-hop scene, Tropikana has his mind set on being a trailblazer, slowly grinding, building leverage and equity in his brand. “Sum Bizness” symbolizes a moment and staple in the current state of hip hop for it is arguably the sincerest and strongest outspoken track the first half of this year.

The creativity, lyrical content and beat selection is off the charts, while painting a vivid picture on the cultural canvas. Tropikana displays artistic growth and scratches the surface of his true untapped potential.

The track is teeming with melodrama, as Tropikana does some cynical soul-searching; its earnest and ambitious, rising to the challenge, and expertly leaves his signature on the era of mumble rap. This is Tropikana running past many of his fellow rappers showing off his skills in a variety of ways.

For someone to do something like that must mean that they believe wholeheartedly in their project, and its intentions. How does it stack up to his previous work? “Sum Bizness” continues to show how Tropikana is a gem in today’s climate.

This is still a solid effort with the promise of better to come. Tropikana plays to a higher purpose while staying on course in reiterating his rebuttal theme in “Sum Bizness”. The track’s timing feels just right.

It’s both a personal full-circle moment, and a fresh starting point for the Oxford, MS rapper, as he clears his chest of all nagging ails. It’s well produced, well written and powerful. This is the music I look forward to hearing more of. I can’t wait to hear what he has coming up next.