Kundo is an electronic music producer residing in Los Angeles. Shortly after winning Tydi’s remix contest for the single “Did you know”, and then collaborating with Label Owner Tydi... 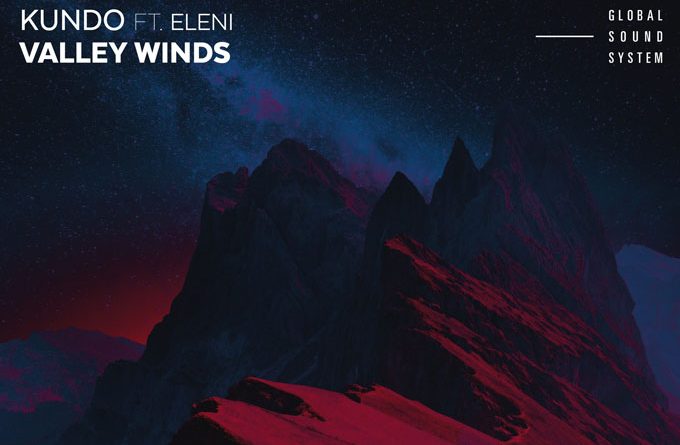 Kundo is an electronic music producer residing in Los Angeles. Shortly after winning Tydi’s remix contest for the single “Did you know”, and then collaborating with Label Owner Tydi on “Please Stay”, Kundo was signed on to Global Sound System Records with his staple Future Bass genre releases. His latest single release, is entitled “Valley Winds” ft. Eleni. In an industry that feels overly saturated, Kundo has recrafted his genre, enhancing soundscapes and sensory experiences. His latest track specifically takes what can by now be considered a traditionally formulaic style and creates a depth that electronic music typically lacks.

The whole project encapsulates the power and depth of music – forcing you to see and feel the track in a certain way, not just listen. It’s a look in to the mind of Kundo and tells a captivating story, which the beautifully angelic voice of Eleni enhances thoroughly.

Pulling off this project is a huge achievement for Kundo and the team around him and will reinvigorate an underground industry that sometimes lacks the quality needed to make a global impact. There is no doubt that the cover artwork too, complements the aesthetic quality of the music itself. Making this a complete package. 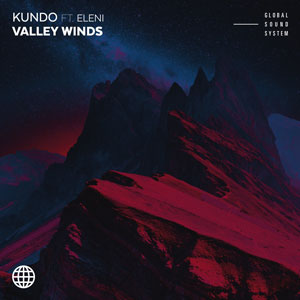 “Valley Winds” ft. Eleni is an evocative, subtly moving soundscape featuring the soul-stirring voice of Eleni against a backdrop of chattering percussion, rolling basslines, and shimmering synths that make for a totally  immersive track that builds and breaks, only to build again, more powerfully than the before, until it eventually fades into infinity.

What really impresses when listening to “Valley Winds” ft. Eleni for the third, fourth, fifth, or even twentieth time, is the sheer density and energy of the track, which at first appears subtle and smooth.

This moving slow burner makes excellent use of a breathy vocal and an intensifying musical fervor that climaxes in a strong swell of synths. It is a surprisingly heart-pounding tune that provides a great contrast between the subtly understated verses, and the emotional vibe of the soaring choruses.

The track dips and dives, moving between the slower, gradually evolving elements and the unpredictable, constantly enticing synth sounds. The project also benefits from the added power of the well-written affecting lyrics.

Eleni’s vocals dominate the track, lending a refreshing soulful feel, while Kundo’s syncopated synths and punchy hits draw together an extraordinary track that manages to successfully combine the draws of mainstream pop with the off the wall low-end power of Future Bass.

My impression is that Kundo is on an earnest mission to push the acceptable, tasteful boundaries of EDM and specifically Future Bass into something captivatingly sublime. There are few greater examples of how affordable, obtainable and useable music technology can shape the sound of the modern music scene than “Valley Winds” ft. Eleni.

Abryon is a part of urban music’s new wave reinvention!

George Arriola: “Just Let It Be” – the epitome of musical power and finesse!