Lahti Synth Project: “Before You Was Born” – exquisitely metered and vibrantly rhythmic

Inspired by Pink Floyd, Porcupine Tree, Mike Oldfield, and Rick Wakeman, Lahti Synth Project produces ambient, psychedelic, and experimental electronic music. His album “Before You Was Born” opens dramatically with “Circling Around”, a big, bombastic tune that immediately gets going with high energy. Huge bass synths and beats pound along as varied layers of keyboard melodies burble beneath. It’s an exciting beginning and sets the tone well. The second track “Into The Earth Core” is where things really get rolling. It’s here that the Lahti Synth Project really starts showing off his style, which does harken back to an older, classic analogue electronic sound, but also adds new flourishes in a lot of ways. It’s a taste of when an artist expands their musical palette while staying true to certain musical legacies.

The “Tectonic Wars” sees the Lahti Synth Project deliver heavy doses of crunchy overdriven guitar riffs. Underneath the belly of the beat the drums and basslines rumble while pushing the momentum of the tune with urgency. Alternating between high-intensity joy and majestic retrospection, this song has it all.

As a fan of most of electronic and rock music, I find this song satisfying in many different ways. It’s rare that an electronic act can have the chops to pull off a stylistic mashup like this, but the Lahti Synth Project definitely rank up there as an artist that can.

“Primal Oceans”, is nearly as good. It opens with a wonderfully intricate bass line that seems to twist and fold in on itself, while the keys build in carefully crafted steps, adding and withdrawing percussion along the timeline. This is a song that meanders and morphs like the ever changing waves of an ocean.

“Ameoba” gets going on a repeating synth motif before the beat and playful keys inject it with life. It is a track that projects plenty of personality. “New Moon Arriving” is similarly playful, but a good bit funkier and possessing an ineffable quality of energetic drive that makes it worth a lot more repeat listens.

All throughout this album the Lahti Synth Project manages to intertwine the abstract and purposeful to great effect. The music presents an interesting experience for audiences. On one hand, it oscillates between the forefront and back of listener consciousness. At the same time, it is difficult not to be consumed by the sounds altogether. 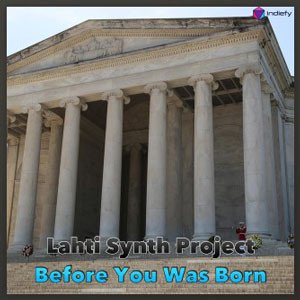 This is music to explore, meditate and wonder over, yet at the same time some of the driving beats are enough to make you get up on your feet and move your body. “Earthquakes” brings in a dense, ultra-trendy mid-tempo tribal –type drumbeat to freshen up the sound, making this pretty unlike anything else on the album.

Lahti Synth Project takes another left turn with “Magnetic Fields” which again showcases a different sound. Intense and epic, it constantly shifts gears and turns into a great piece of exploratory electronica that will keep you on the edge of your seat. “Amazonia”, is one of those body movers I spoke about previously.

Here the Lahti Synth Project turns up the dial and executes a full-blown dance beat with beautifully narrative qualities.  It’s an absolute barnstormer. From the jump, “Water Gods” – with its dazzling panoply of shimmering keys and pulsating basslines – squarely ensconces itself in that oh-so-sweet spot between exquisitely metered and vibrantly rhythmic.

There’s a deceptively simple yet robust elegance to the closing track, “Early In The Morning”, which once again forges a gorgeous bassline. Which brings me to realize that the thing I’m most impressed with across this album is the bass work. The basses are always tight, crisp and resonant, with well-chosen motifs to drive each song along.

Before You Was Born” is one bold and fascinating album in today’s electronic climate. Nothing is on autopilot and even the few slower, quieter passages are far from boring. It is an album that opens up the electronic music scene in exciting ways and shows that it’s possible to bridge the gap between the dance floor and the thinking man’s chair. This is the pinnacle of Lahti Synth Project’s library. Every track stands on its own, and together is a wonderful listen.

Money Bagz: “Make It Out” – an authentic spitter!