Disco, Nu Disco and Future Disco, who said disco was dead? As long as there are parties and a want for great basslines and strong kick drums, with maybe... 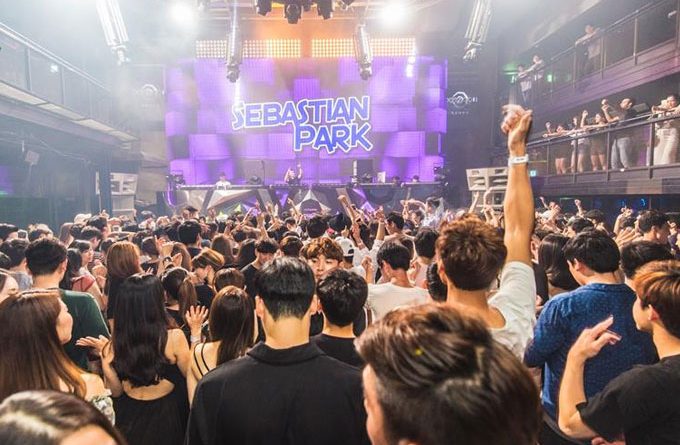 Disco, Nu Disco and Future Disco, who said disco was dead? As long as there are parties and a want for great basslines and strong kick drums, with maybe a mesmerizing melody spread over the top, disco will always be around. And there are a handful of producers capable of turning out that authentic kickass sound. You don’t have to take my word for it, just listen to “Future Funk” by Sebastian Park. From the outset, it’s clear that this track will not disappoint.

To sum up the sound of this track: just take the best parts and sounds of the 80’s and throw it in the modern technology pot, add a hint of electro, house and funk in just the right places, and at this point your body wants to move and dance.

On “Future Funk”, Sebastian Park has a go at his vision of a future of bombastic bright-eyed disco-funk, and he totally nails it in concept and execution. And if you weren’t expecting groovy basslines, disco synths and feel-good funk, then we’re not sure you’ve been paying attention.

High points come thick and fast throughout this track – from the instrumental to the vocals. Big on voice, a luminous melody and rubbery basslines, the lead synths certainly don’t lag behind. Park always allows his songs to breath, giving them an appeal above instant gratification, and he repeats himself here.

No matter where you are, who you’re with, how your day’s been, or how it will go – there is absolutely nothing that will rock your world in any given moment than getting locked into a fun track with effective, easy-going vocals and a great beat. And Sebastian Park brings it on in spades with “Future Funk”.

If you’ve heard Park before, you know exactly what we mean when we say that his musical style is unlike any other. It teases you, twists you, and draws you into an envelope of sound filled with driving basslines and squealing synths. This is an evocative piece of electronic music to be reckoned with.

Sebastian Park’s mix of mesmerizing lulls, perfectly timed peaks and amplified drops, is universal and can speak to electronic fans everywhere. “Future Funk” has a palpable style and a synchronized energy.

its seamless arrangement, and smooth melody the minutes melt away in time, and before you know it, you’ll have to hit repeat again. True to his audible art, Park is all about the musical energy to keep his supporters on the dancefloor – a goal which is easily achieved with “Future Funk”.

In a time where electronic music is branching out into a number of diverse identities, Sebastian Park has crafted a fine example of future disco that will graciously add to his catalog, which continues to bring him to the forefront of the dance-scene. A DJ / Producer from NY signed with Dirty Dutch Music, Black Hole Recordings & Bourne Recordings, Park’s music is supported by Tiesto, Oliver Heldens, Above & Beyond, Paul Oakenfold, Spinnin Records and many more.

Lahti Synth Project: “Before You Was Born” – exquisitely metered and vibrantly rhythmic