Shuaib is a new artist that raps, sings, and produces his own music. Currently out with two instrumentals and working on many new projects of different genres: hip hop,... 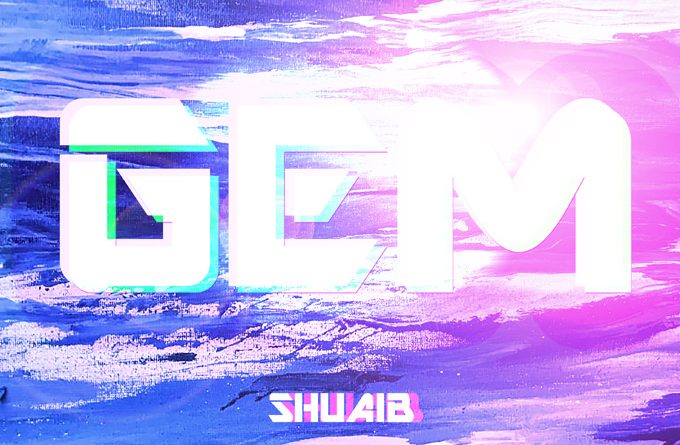 Shuaib is a new artist that raps, sings, and produces his own music. Currently out with two instrumentals and working on many new projects of different genres: hip hop, trap, lo fi, R&B, and pop music. We recently caught up with his single “Gem” an ambitious and beautiful work, a thrilling mashup of jazz, hip-hop, R&B. If you’re not familiar with it, check it out on your favorite streaming service. Hip-hop music is not generally equated with atmosphere and transcendence, but Shuaib provides a great example of how a Hip-hop beat can be just as otherworldly as other genres. To accomplish that transcendence, Shuaib implements the tricks of handfuls of different musical languages.

Sometimes it’s the ecstatic shimmer of a horn, other times the slow sway of astral ambient bass, and even others the communal thump of hip-hop percussion. And he does of this all in one song…in under three minutes. “Gem” is a jittery creation, something impressively virtuosic, but instantly accessible.

The track’s jazzy undertones become overtones, then dissipating just as quickly as they sprung to life. It’s a track that remains transient, twisted and dream-like. Its intricacies are easily missed if you’re not listening intently, and its sound is never overwhelming. I’m sure that’s Shuaib’s exact intention.

The reason why Shuaib will eventually make an impression on listeners, is because he is not afraid to do things differently. The fact that tracks like “Gem”, and even “Rainy Nights” exist at all, is testament to the artist’s perseverance, raw talent, and prophetic direction.

All of which steers his productions to the richest musical waters, and creating tunes greater than the sum of their parts. These two apparently simple instrumental tracks, are adventurous, and above all, unique in their aesthetic vision and execution.

While “Gem” has obvious instances in which one could isolate the “jazz” part and the “hip hop” part, it’s difficult to categorize the track as fitting into any particular genre or style. And why would you even want to categorize it in the first place? It’s simply an evolution of the musical language.

A jazzy saxophone, a hip-hop drum, ambient keys – a juxtaposition that provides fertile ground for Shuaib to weave in and out of the textures. For all its gentle smoothness, “Gem” is a track that is warm, exhilarating, and incredibly uplifting.

Not a single second of “Gem” feels wasted and you never once find yourself wishing for one a section to end and another to begin. Shuaib is a magnificent producer who conjures up sounds that can instantly galvanize you, light you up and free your mind. Moreover, his dexterity contributes to an overall sound that’s distinctive and rich. It’s an interesting sound you can easily get to grips with – unique and really quite hypnotic.