Daniel Angelus: “ACT 1” – Too gorgeous to be ignored!

A self-described recluse, Daniel Angelus a British singer, songwriter and producer, began making music after a difficult and traumatic childhood, using it as a form of therapy. But what... 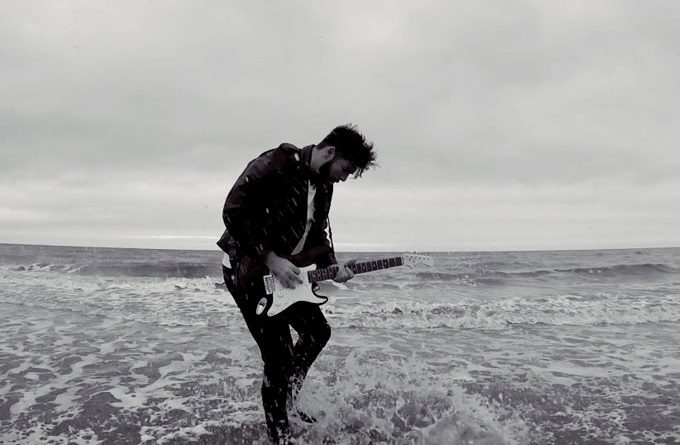 A self-described recluse, Daniel Angelus a British singer, songwriter and producer, began making music after a difficult and traumatic childhood, using it as a form of therapy. But what started out as bedroom music, soon allowed Daniel a fulltime job, and to perform live across the UK, Europe, and North America since 2008. After releasing his debut LP ‘Miracle Dark’ in 2016 with writing partner David Emery, Daniel teamed up with David again on the concept album ‘Wired for Heartbreak’ in 2018. Currently working on material to be released in “ACTS” over the coming year. 2019 sees the release of the first installment, simply titled “ACT 1”.

The reverb-drenched vocals play to near perfection, and the resulting magnificence is as dramatic and awe-inspiring as if performed in an acoustic-perfect cathedral. The dynamics of this music sends a chill down my spine, and moves me in ways few artists can.

The lush keyboard driven instrumentation has that feel of finding just the right tool to construct a particular desired effect. Daniel Angelus hits me as refreshing and new and yet strangely familiar, and the style fits in just as well if it had come from the 80’s or today, with even some nods towards the Renaissance-era.

I hear so many recognizable influences, and still the whole becomes something completely unique, a greater sum of its parts than each individual contribution. The soothing vocals, delicious harmonies, and haunting melodies made me fall head over heels in love with this album right from the opening track, “What I Gave You Was Never Enough”.

Currently there’s nothing quite like it – it’s totally unique. Daniel Angelus does not simply write songs, he constructs imagery with use of sound and words. What has always been fascinating about Daniel’s work, is his ability to layer fantastic melodies over his sounds.

Here again, throughout the album, Daniel comes up with melodies that get stuck in your head and demand repeated listening. This is quite a feat, given both the subject matter and the manner in which he chooses to layer sounds. “In My Lonely Room” is yet another example of this artist pushing the envelope that much further.

The song sways between retro synth-wave and futuristic Bowie-like Baroque Art-Pop. Perfectly balancing experimentation with sparkling, synth anthems “ACT 1”creates a consistent and flowing track list that blends together cohesively, yet still manages to have standout moments that work as effectively on their own, as they do as part of a single, album-based experience.

“Disappear” is arguably the most Bowie-like track here, as Daniel’s voice hits those same hauntingly resonating notes. Closing the album, is “Sorrow”. Its fluctuating choral hum, before washes of invigorating synth flood the track with an overriding anthemic feel.

The track builds on its simple opening with strong deep vocals and a subtle, rising melody that gets fuller and more glorious as it reaches the end of its setting. It’s too clever, subtle and, more than anything else, gorgeous, to be ignored.

After taking in the 4 tracks on offer, one can only reach the unreserved conclusion that it proved to be a stroke of genius, as the refreshing, icy vocal tones help tie everything together, and when combined with infectious synth lines, and Daniel Angelus’ artistic vision, it all comes together to create a beautiful, consistent atmosphere, that leaves most tracks feeling pleasingly connected and close.

“ACT 1” is a carefully crafted treasure that any fan of synth-wave, darkwave or synth-driven art-pop and rock music in general, classic or contemporary, should own.

Ginjah: “All This Time” – a focused marijuana anthem