Kopfkino A-Z: “Angel or the Beast” – a willingness to plough its own lane

Kopfkino A-Z is a music project from Berlin with an artistic intention to create dreamy fairytale-like stories and narrate them with the help of quirky electric guitar tones, eerie... 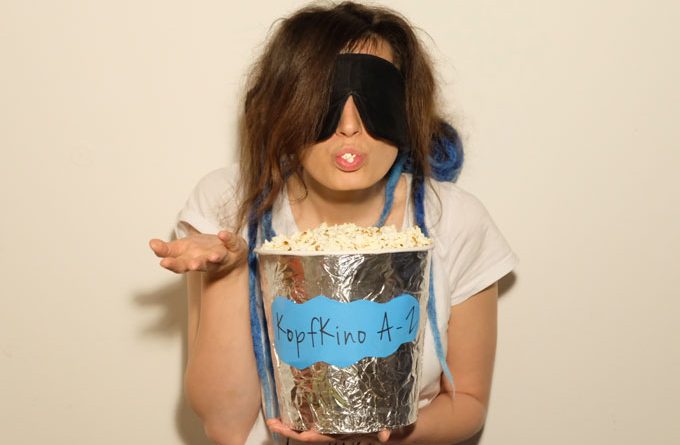 Kopfkino A-Z is a music project from Berlin with an artistic intention to create dreamy fairytale-like stories and narrate them with the help of quirky electric guitar tones, eerie studio effects and whimsical lyrics. The band name comes from the German words Kopf (head) and Kino (cinema). All production is completed in a home studio by Anastasiia Zavalkina a hobby artist from Ukraine who is having great time learning to produce music. Zavalkina’s vocals are so wispy and airy that they sometimes seem like they’re not really there, leaving you to wonder whether you just imagined them.

The guitars are clean when they need to be, dirty and fuzzy at other times. With the relatively simple chord changes and droning notes, you could almost mistake this for post or stoner rock. Either way, the single, “Angel or the Beast”, is a far cry from the horrible pop junk that they try to call music nowadays.

I’m a big fan of hypnotic music, by which I mean music that casts a spell on the listener. Music which creates an atmosphere. Which transports you, if only in your own mind, to another place, or at the very least, another mood. Anastasiia Zavalkina excels at this. This could easily be part of the soundtrack to a mind-bending David Lynch movie.

I love how entrancing Zavalkina’s voice is combined with the resonating chords on the guitar and the beating drums. Lyrics are excellent and moving if you really listen to them, but can also run in a smooth array in the background as you focus on the music.

“Angel or the Beast” mines a number of sounds, from noir, psychedelia, shoegaze, and slowcore. This melding of styles is what takes Anastasiia Zavalkina far beyond any dream-pop meanderings; nuanced and intricate, if you scratch beneath the surface there’s an anthill of creative activity.

Shimmering guitars create a palpable sense of dark space within walls that throb and chime throughout. Zavalkina’s voice means everything in this song. She’s able to render it in any direction with such skillfully smooth transitions. Her phrasing and timing with the music is near perfect, one of her strong points. And yet … she makes it sound so simple.

The drumming is also major feature of the song. The guitarist ramps up the pressure a few notches, the drummer too, and the noise factor builds and builds until the vibe overrules everything. You could listen to this stuff forever. Get lost inside it. It makes you desire. It makes you afraid you’re going to forget you’ve got your own life to get on with.

“Angel or the Beast” is a personally-made aesthetic, a sound all of its own, as Kopfkino A-Z shows a vibe and willingness to plough its own lane, unconcerned perhaps about commercial success at this stage. Of course the musicianship is just as important as the vocals to this sound. For anyone willing to navigate uncharted terrain, Kopfkino A-Z should be a wonderful discovery.