Xoxospencer: “Flavor” is a creative storm!

Spencer Goodwin, aka YungT, now emerging in his latest incarnation as Xoxospencer, is a hip-hop lyricist, emcee and songwriter, who not only represents himself and his city, but is... 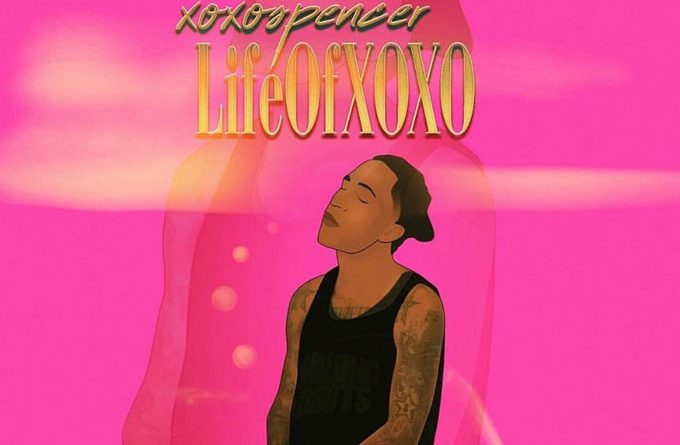 Spencer Goodwin, aka YungT, now emerging in his latest incarnation as Xoxospencer, is a hip-hop lyricist, emcee and songwriter, who not only represents himself and his city, but is also a proud LGBT artist. We can all do the math and know what this adds up to so I don’t need to explain that Xoxospencer is a bold and talented artist. Anyone with a brain knows hip-hop has always had far more to offer than toxic masculinity. We just needed more artists like Goodwin to step out of their comfort zones and smash down the clichéd boundaries that keep the genre chained to its misogynistic and homophobic ways. In the modern rap landscape, artistic evolution happens in plain sight. Process is laid bare. Don’t like one recording? That’s okay, there’s another one right around the corner. It just so happens that Xoxospencer currently has two projects out – “LifeOfXOXO” and “Flavor”.

Four songs deep, the EP “Flavor” is both a groovy and prowling force, as a tornado of images and moments, scattershot and all-powerful, run across these tunes. The songs here are spacious and free-flowing, oozing urgency with a conflicting sense of ease.

The opening track “Forever XO” forges a slow burning intro into the EP, with Xoxospencer rapping in a conversational flow. The beat has a steady kick-drum thump underlying warm harmonic keys and chorals. This one is made for when you need to chill. Just slip on your headphones and press play. 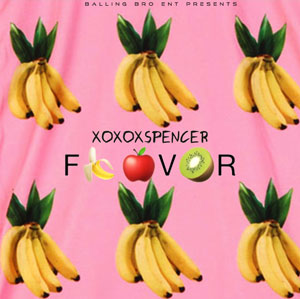 “Summer Time” steps up the groove with a bouncy electro beat. The song is a free-flowing three minutes of focused rapping, and a reminder that Xoxospencer’s got an uncanny sense of melody and timing, and is firmly part of the lineage of rappers who are really sound they got real rhythm in their rhymes.

The track brings out the best of the rapper’s sing-song style, and its vocals capture his feel-good vibes. Melodic and driven by a punctuating synth line, it is a great benchmark of Xoxospencer’s stylistic West Coast direction.

“West Coasting” transitions seamlessly between a tense verse and the release of a quirky, chanted chorus, accompanied by a repeated vocal pattern. This is a great example of what Xoxospencer can do when he goes beyond the rap tropes. It’s one of the most unique and replayable songs on the EP.

The only downside is the song’s abbreviated length, coming in at just one minute and thirty four seconds. When Xoxospencer gets going, his lyrical dexterity is a marvel to behold on “Pain”. The beat hits just right, the wordplay come in strong, and Xoxospencer puts actual work into the track’s angst-filled verses.

There are moments where the rapper actually taps into something deeper in his lyrics. Moreover, Xoxospencer can throw down on a beat when he wants to, utilizing varying flows to create high contrast in his approach to verses.

This is peak Xoxospencer. “Flavor” is a ride through the mind of a rapper who is one of the genre’s most intriguing new faces. Xoxospencer is a creative storm that needs to be balanced with a clear musical formula, and of all of the tracks on “Flavor” does this excellently.