The.I.Jester has an afflicting back story. Passionate about his music he is working hard to get his music out there and build his fanbase. The relative newcomer was studying... 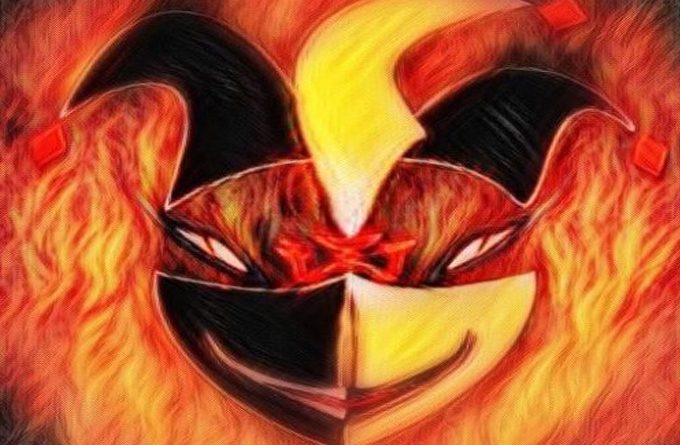 The.I.Jester has an afflicting back story. Passionate about his music he is working hard to get his music out there and build his fanbase. The relative newcomer was studying towards getting his Bachelor’s degree in molecular biology in Florida, when his mom fell ill to cancer. So he dropped out to help, and is currently on his grind to pay the bills and his brother’s stuff. The.I.Jester has put his faith into his music and is pushing hard to move up to the next level. His latest single release is “Ivanhoe”. The rapper seems to have tendencies towards dark, twisted cinematic rap tales. The cymbals and snares are sharp, and hit hard, while the synths are piercing and foreboding in their execution. The bass, which is one of the most ominous parts of the music, is dark and low, demanding your attention despite how subtle it may be.

All of these elements are mixed in a way that puts the focus on the drum beat, but with the bass and the droning synths building a demanding sense of dark atmosphere. When this type of beat is used by The.I.Jester for his provoking stories, it paints detailed graphic imagery.

Which is what happens on “IvanHoe”. “So while I’m killing every beat you standing still as a witness, to the most lyrically gifted, clinical misfit, with the most cynically twisted mind that you’ve ever witnessed…” The.I.Jester takes you into his mind and behind his eyes to make you see and feel things that may be moving too fast for you to notice.

It’s a talent few rappers of any generation possess, let alone his ability to turn them into some of the most lyrically driven hip hop recorded this year. Combine that with his ability to show you the world’s darker places and inject light into them, and you have, in my mind, a potential great rapper.

This track is full of messages of love, and mindfulness with a great beat and The.I.Jester impeccable skill to rhyme. With a hard-hitting delivery and words that pack an even greater punch, The.I.Jester is penning words that will resonate with a broad audience.

The.I.Jester has the outlook of someone who’s been there, who recognizes the value in adversity, who manages to see life for its positives and negatives, who would simply like the former to outweigh the latter. He understands how we are manipulated and controlled through our desires.

His skill on the mic and his deft touch as a storyteller comes shining through: “Yea I’m the vision, I guide ‘em, I’m the event that has risen, I’m the son of Poseidon, I make the waves, then I ride ‘em.” What The.I.Jester is saying can sound ominous, but he’s only trying to make a point.

Emotionally complex and bristling with prickly bluster, “IvanHoe” is a soundtrack on a mission, as The.I.Jester raps with passion that is fueled by honesty. None of this would be worth much were it not backed by a uniformly strong beat, and the production here is par for the job. This track is very deep, and needed in the polluted airwaves of commercial Hip Hop.

Regaid: “Only If I Care” – plenty of heart-thumping potency