Last time we caught with Roscoe Hanner aka DaSkeeT, was late 2018 on his single “Cheers To Real Love”. DaSkeeT dabbles in a variety of urban, dance and pop music... 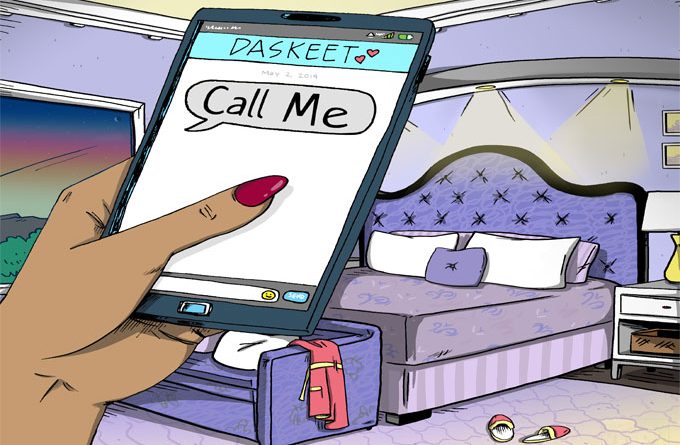 Last time we caught with Roscoe Hanner aka DaSkeeT, was late 2018 on his single “Cheers To Real Love”. DaSkeeT dabbles in a variety of urban, dance and pop music genres that are electronically powered. He is an enthralling artist who operates at the very heart of the unpredictable, as you never know what he is going to release next. Last month saw the artist drop the single and video clip of “Call Me”. The track, a cut off the upcoming “Orbit Altitude” album, is a genre blend of Hip-hop, R&B and electro. The result is an eargasmic sentimental slow burner. The growling bassline emboldens an unavoidable groove as the vocals wantonly glazes the track’s flirtatious mood with lyrics of late night empowerment. What this eventually leads to is that the sound, production, melody, lyrics and dynamic vocals create a lust for more music.

“Call Me” essentially satisfies a thirst for the kind of rhythm and groove that feels good to spirit, much like a home-cooked meal after returning home from college for the first time. It’s a coming-of-age project, filled with honest words backed with cutting-edge instrumentation and speaks for a generation of who just want to chill and be themselves. 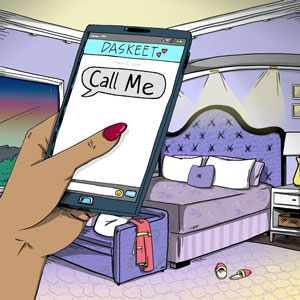 The production creates a climactic vibe, while DaSkeeT is creating his own rules and using carefully crafted lyrics to connect with those who can relate to getting close and intimate after a late night call.

With minimal effort, DaSkeeT impressively delivers the kind of R&B and Rap vibe that has been missing from the genre. He does it so well, it may prompt listeners to indulge in a relaxing bath, lather down, place a few candles, light a blunt and get freaky with someone.

DaSkeeT comes across like a flowsmith, eagerly bounding down a new avenue to throw his words around, and lapsing into an elegant melody that sticks in the brain. While the beat guides him through the twists and turns, DaSkeeT allows his dynamic vocal tricks to keep things interesting all the way through.

On “Call Me”, DaSkeeT delivers his monotone hypnotic flow that somehow will roll around in your head long after the song ends. It is a stark reminder of DaSkeeT’s versatility and the chameleon-like way in which he embodies and subsequently sheds his influences on each subsequent release.

Whereas most of his work sits comfortably ahead of the curve, blending electronic, Hiphop and R&B productions into sonically bold journeys, this track is a more concerted effort in reminding the public of how far his songwriting has come. “Call Me” is a successful attempt at seamlessly bridging old and new vibes.

The track showcases a heightened sense of execution, a refinement that has allowed DaSkeeT to better display his vocal range, one that allows him to slip in and out of conventional form with exceeding ease. The resulting performance is equal parts lush and spacious, and is perfect for his spooling cadence. It is a testament to DaSkeeT’s perpetually improving craft and a sign that his moment is yet to come.

Crzy Horse: “Begging for More” – kicks up the energy, pulse and atmosphere!