K.O.G P is an upcoming rapper form Atlanta. His latest release is a track called “Mission”, produced by Chunksta. The majority of the production on his track-list goes for... 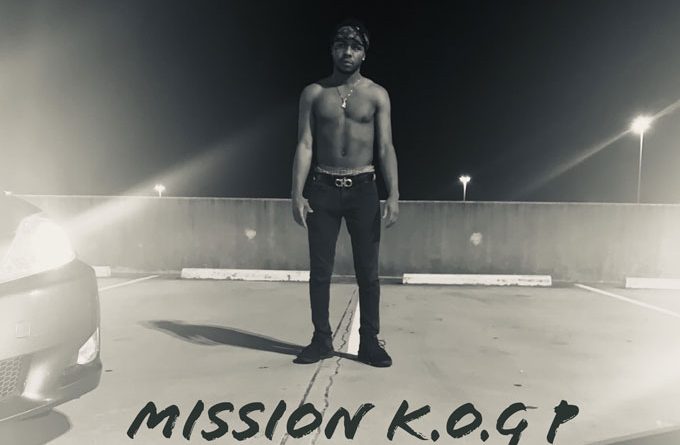 K.O.G P is an upcoming rapper form Atlanta. His latest release is a track called “Mission”, produced by Chunksta. The majority of the production on his track-list goes for beats that convey deeper, emotional sounds, hanging over the songs in a gloomy fashion. Given such a moody palette obsessed with vibes, it’s no wonder that he makes such an instantaneous impact on audiences. This weighty, serious tone suits K.O.G P’s strengths more than the party or cleaner sounds, many of his contemporaries use.

That said, the beats in question are top notch efforts by K.O.G P’s revolving producing team. In fact the production side of “Mission” is totally respectable and remains one of the many points where listeners can feel immersed by the song. The other is K.O.G P’s flow, as he appears to not be attempting to mimic any idea of what a commercial rapper should be.

“Mission” shows K.O.G P’s gift at confessional rap. His rhymes play more as ambitions and admissions to get off his, chest instead of simple chest-pumping braggadocio. Throughout the track, K.O.G P opens up about what he’s done, what he’s about to do, and what he will do if things work out on his grind. It’s exactly what the title says. It’s a mission statement.

K.O.G P digs deeper than the streets, centering the lens on his innermost thoughts and wishes. This makes the track a tad more personal than the street-glamorizing mixtapes currently doing the rounds.

This kind of introspective and reflective step-up on “Mission”, is a much needed dose of honest freshness the game needs right now. Much of K.O.G P appeal comes in the way that he contextualizes his ambition with everything else he has going on, as the words just roll off his tongue in a stream of consciousness.

Technically he comes fully equipped with a thorough command over his wordplay and rhyme scheme. Add to that his attractive vocal tone and mesmerizing cadence, and the result is an all-round captivating experience, with a harmonious residue, because the production is similarly heartfelt, and inspirational.

The production’s resonating bass gives the song its beating heart, while K.O.G P’s chorus showcases his ability to create a perfect vocal recreation of any melody. It’s hard to turn a blind eye to “Mission” because emotional and ambitious commentary are K.O.G P’s hip hop vices. “Mission” is a track where the rapper is concerned more about his own life, and not anyone else’s.

It’s a compelling concept for a song that comes together almost poetically, and a focused job, conveying his skill at its best.  “Mission” elevates his artistry to new heights. K.O.G P presents himself as an artist capable of being in the top-tier of his underground generation, while he is increasingly preparing to assume such a level in the entire rap game sometime in the near future.

In Frame: “Calm In Calamity” – angsty, but only a lot more sincere!

Halfway Human: “The Cruise” is on fire!