Listen Soundcloud About Dubble U Warren Mckee, better known by Hip Hop Recording Artist Dubble U™ was bound to the streets as a youngin, having to look out for... 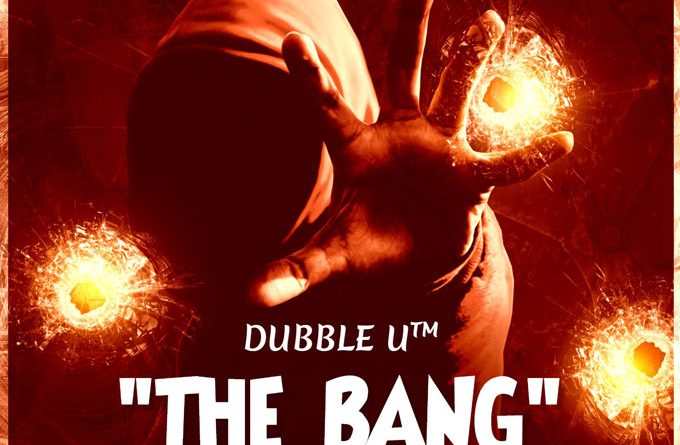 Warren Mckee, better known by Hip Hop Recording Artist Dubble U™ was bound to the streets as a youngin, having to look out for his mother and little brother, rising from the concrete jungle of Houston Texas. He moved to Dallas starting Highschool. Always turning to music to “get away” from all the scars and pain he was dealt coming up, Dubble U was knocking on the door in the Hip Hop world at 21 years old. A few mishaps between the aggressive rapper (being diagnosed with severe ADHD never helping the energy levels) and recording agency Goodnight Audio leading to a falling out. Dubble U left the game and had no involvement with ANY music for over 10 Years.

Out of nowhere, he decided to come back at an attempt to get a Major Record deal in 2017 at age 32, but with a different type of approach. Recording completely himself using his iPhone and if that wasn’t already a challenge, to do it all ONLY freestyling just until he lands a deal.  ’Fully kicking ass, taking names, spittin’ rhymes, and giving zero fucks about anything standing in his way – Dubble U™ is here to rock your world with a signature sound & freestyle approach to the Rap game.

Dropping his first official debut records back-to-back in 2018, Freestyle Only, Vol. 1 & Vol. 2 – this emcee continually pushes himself to the next level by putting everything he’s got into every move he makes and in the process manages to break a WORLD RECORD by recording over 1000 tracks in a year and a half. Slaughtering the previous record by an underground Houston Rapper at around 300 songs. Even Elvis can’t compete – he might have recorded 784 songs over the course of his entire career, but Dubble U™ went on to record an astounding 707 songs in ONE YEAR – so you decide, who’s really the king?

Always hustlin,’ always grindin’ – Dubble U™ continues to gain a mass following and fans from across the globe by keeping it completely real with his content and working those freestyle vibes for everything they’re worth. Designed for good times & to be turnt-up, but also with depth and a range, touching on pop and rock-n-roll sounds that’ll capture the attention of listeners in several categories of genres. Officially in it like never before, the 6’4 rapper is raising the stakes for himself, & for all the other emcees out there as well, as he takes over the rest of 2019, showing the world what the art of Rap is truly all about and moving these fake rappers aside and out to show them that if ‘he said it, he meant it’.

Up-and-coming rapper Dubble U returns with his third official album, ‘The Bang’. The freestyle filled album contains music straight from the heart and an unmatchable flow by the Texan artist. He has had ups and downs in his life, with a point in his life taking a hiatus from music for ten years. He came back stronger than ever and setting records. Dubblue U stands a record breaker with having over 1,000 singles recorded and release within a year and a half. Moreover, in a single year, he released 707 songs.

The creativity behind this artist is unmatchable as he has endless stories to tell about his upbringing, his experience, and street life. To create this monstrous record, he has used his late mother as motivation. Knowing his number one fan watches from above, Dubble U put his heart, sweat, and tears into his music. Music has served as an outlet for Dubble U, and undoubtedly, he is an artist to keep an eye on as the creativity never ends. Will that record be broken? Not likely. The Texan artist has set his foot in the door with his massive accomplishment and is here to stay. His album ‘The Bang’ will be available in every streaming platform.

Catherine Meeson: ‘Come Back’ – a true gem of musical magic