A Note Two Self: “1000 Days After”- music with the original recipes and ingredients

A Note Two Self has a way with seeing the obvious most of us take for granted, usually involving relationships of some kind, and making us think about them...

A Note Two Self has a way with seeing the obvious most of us take for granted, usually involving relationships of some kind, and making us think about them in a genuine way. His mellifluous but resonant voice, his insightfully chosen lyrics, and his appreciation for the marriage between vocals and melodies are unmatched in the current pop music scene where melody has been all but kicked to the backseat. If you love singer-songwriters of years gone by, but with an edgy modern pop-rock twist, then go and grab the band new EP by A Note Two Self, entitled “1000 Days After”. 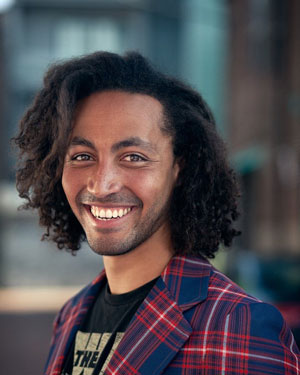 Hailing from Alexandria VA, Mike Richards better known as A Note Two Self, is a singer-songwriter that has toured the US coast to coast performing, and writing music since 2017. He started his career performing at bars, clubs, and venues around Washington DC and has since been working his way into the rest of the country. He has performed at several festivals including Van’s Warped Tour.

“1000 Days After” is an excellent recording that I love more every time I listen to it. A Note Two Self has a jewel of a voice and the songs and the musicianship are outstanding. Also worth noting is that this EP really works as a piece to be listened to in one sitting.

Accolades for Mike Richards may be redundant. I am sure he has received his share. This recording is a master work which needs to be heard. From the moment you kick in with the uplifting “When You Sing”, the melodies are memorable. The harmonies soar. The acoustically propelled rhythms are striking. The lyrics are sobering and personal. They speak to our times.

A Note Two Self has succeeded in the most fundamental component of great art. He has beautifully expressed the universal through the personal. The musicianship is impeccable. Brilliantly produced, the sonic envelope and production are great for what they need to achieve.

Drawing only the strengths of both, it has all the warmth of analog, but the crispness and clarity of digital. It is an extremely compelling experience. With all of the elements considered together, I am not sure a better organic, underground singer-songwriter recording can be found this year.

Most importantly though, it is a musical experience that is compelling, moving, and nutritious. Plug into the back to back tracks, “Ubuntu”, and particularly, the soaring “Wisconsin Fair”, and you’ll realize that popular music simply does not get better than this on many levels.

It is a much needed anomaly in these electronic times. Simply Brilliant. Tune in to the reggae-infused “Make Believe” and savor A Note Two Self’s usual outside-the-box song-craft, and his rich range-defying vocals. This track is an absolute joy, start to finish.

If you like real music and appreciate musicians who can perform and singers who can actually sing you’ll have to love the poignant and introspective “1000 Days” where Richards’ voice reaches impossible heights and breaks into the smoothest falsetto. A Note Two Self’s songs rarely fall into the trap of predictable chord patterns and cliched choruses.

This recording reveals an artist who carefully chooses every note to create a particular mood, and assembles them so they twist and turn and take you on an exciting journey. You won’t skip a track here, because A Note Two Self is an impacting and unique artist who still crafts music with the original recipes and ingredients.

Morachi: “Matchup Your Destiny” hits all the highs!