What do Annie Lennox, Kate Bush, PJ Powers, Tori Amos, Pat Benatar and Florence and The Machine have in common? They form part of the artistic pastiche at the... 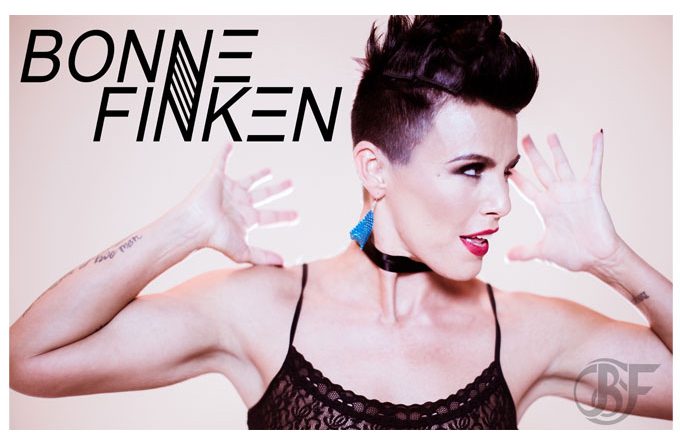 What do Annie Lennox, Kate Bush, PJ Powers, Tori Amos, Pat Benatar and Florence and The Machine have in common? They form part of the artistic pastiche at the very core of Bonne Finken’s songwriting and performance prowess. In fairness, Bonne isn’t just a singer-songwriter. She’s a preacher, emoter, creator and provocateur. Her melodramatic vocals and razor-sharp lyrics dominate, resulting in thoroughly attention-seeking music.  The opening track “Down Down” on her new album entitled “Gauntlet”, is all cheeky synths, banging drums, and forceful, swaggering vocals, showcasing her drive and determination from the start. This is the sound of a woman who is adamant that she’s not going anywhere until she’s reached the top.

Bonne Finken is a highly pedigreed independent artist, with a long list of distinctions under her belt. She has spent the best part of a decade learning how to produce and compose music on her own. She became one of the first independent artists to obtain regular rotation on a Top 40 radio station with her single “Step Back Baby”. An Emmy® recipient for her original song and score for the documentary “FarmHer”, Bonne’s work has also been featured on various TV shows and commercials. Her latest album “Gauntlet” was produced and mixed by Matt Sepanic (Stone Sour; Slipknot). And more impressively, she’s been both a young mother, and cancer survivor.

Moreover, her music eclipses the hype that is built up round it. The new wave synths and enthusiastic beat of “Someday” will make you feel excited about her, as she balances its sheer melodrama, with a goliath of an arrangement, and a barking vocal backed by a rich choir of harmony.

The confidence she exudes on this track can be more than awe-inspiring. The tracks seamlessly flow from electro tinged pop to theatrical rock. By the time we hit the third track, “You Never Knew”, it is already clear that Bonne Finken is no vapid, shallow diva gyrating to her own voice.

With this album you get music with substance, underscoring performances that astutely merge Bonne’s unorthodox eccentricities with her irresistibly catchy hooks. There is a savvy depth evident throughout “On Our Way” which simply cannot be ignored. It features a euphoric chorus, while the electro-rock influence is evident.

Bonne’s soar glide effortlessly over the cinematic backdrop, which sounds like a song that gets played as the hero marches onward to fight the final battle. Bonne’s vocal range has always been one of the most important things about her work, and “Holy Water”, showcases its brilliance in a complex context of percussive pandemonium.

She tells stories in ways that are not just a compilation of impacting lyrical throwaways – there’s a clear path to map to her state of being. They add stunning propulsive force and emotional layers to an already great song like “Warning Signs”.

And when she drops the countdown, it just raises the excitement to another level. There are so many punchy verses and electro hooks between “Silver Skin” and “My Bullet”, as Bonne mixes sparkling electro with an incredible darkness that makes her stand out from the crowd

As Bonne Finken closes the show down with “Hate You Now” – the only slow song in the bunch – you’ll realize there are very few records this year as creatively expansive and blindingly colorful, with production values that revel in excess and a mischievous, rebellious spirit as “Gauntlet”. Bonne’s distinct personality shows throughout the entire album. There is no one quite like her – her sound is haunting and breathtaking.

Santa Semeli and the Monks: “Where is the Disco in this Town?” – exuberant, expressive and powerful!

EVIE: “Miss You” – a mystical and sensitive, morphing quality