SKULLandHEADPHONES is an EDM project led by Tiro Rivera, who has spent two decades as a tastemaker in music, fashion, and television. He has worked with internationally renowned DJs,... 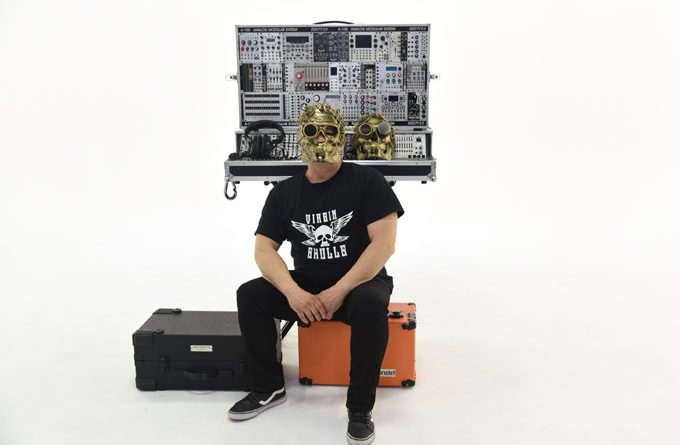 SKULLandHEADPHONES is an EDM project led by Tiro Rivera, who has spent two decades as a tastemaker in music, fashion, and television. He has worked with internationally renowned DJs, artists, and celebrities, creating premier dance parties. Tiro’s Production Company is called Insane Produzionz, under which he records with the SKULLandHEADPHONES moniker, in a studio stocked with state-of-the-art Modular Synths. 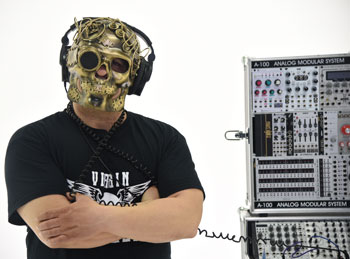 A prominent figure in the emotive dance scene for nearly 20 years, Tiro has remained relevant through an earnest production process, merging a continuing youthful exuberance with eons of club culture to pull from. The result is a 4 track late-summer collection from SKULLandHEADPHONES, that won’t dry up as soon as pools are drained and beaches are abandoned.

From the collection comes the hip-shaking single, “A Tiro Limpio” – a Spanish title which plays on the name of its composer, and means “a clean shot (or throw)”, in English. Here SKULLandHEADPHONES forges his hedonistic synth strikes and dance floor swagger, alongside the booty bass pulses.

The kaleidoscopic orchestration, the amount of space in the mix, and resonating bass & drums, give the track a retro flavor that blends and echoes classic disco clubs from a lost era, and a cinematic soundtrack score. The song’s escalating momentum is controlled and funneled directly into a funky bridge that boils over, creating an avalanche of energy that travels through each subsequent bar.

By utilizing constantly shifting textures “A Tiro Limpio” captivates for its entire run-time without ever feeling the need to build into anything epic, as its epic almost all of the time. Instead it drives along steadily on a beguiling toolbox of vibrant, vintage sounding musical instruments, and SKULLandHEADPHONES’ indelible craftsmanship.

Tiro Rivera’s version of dance relies on an intelligent foundation that draws from a palette of vibrant, colorful styles and genres, spanning a generation of electronic dance music. With SKULLandHEADPHONES you will never hear the same repetitive bass surging, or tired back-and-forth synth loop.

Instead SKULLandHEADPHONES delivers a superb instrumental with “A Tiro Limpio” that brings everything it has, both in front of, and behind the boards. A song that is brilliant from start to finish, and that definitely attracts the repeat button.

The major key to this successful sound, resides in the fact that unlike many of his modern day colleagues, Tiro sticks to what he knows best; a house-based groove with plenty of retro influences he personally understands firsthand.

Notwithstanding the dramatic shifts in the EDM style roster every year, SKULLandHEADPHONES’ formula holds true, as it is not based on changing trends but the stable essentials that make dance music groove.

SKULLandHEADPHONES exists in a timeless land of sound, rhythm, and dance, where you get to hear Tiro Rivera rip in classic electronic synth style. A solid and brilliant track, “A Tiro Limpio” is as powerful and engaging as ever, and adds another check to a near-perfect catalog of electronic music by SKULLandHEADPHONES , and there’s no doubt that fans will love every minute of it.

Meowjitsu – “Clap in Face” is a thrilling nod to the genre’s core!