The last time we caught up with the Australian songwriter, Andrew Hetherington, was on his single “Life Is Strange”, featuring Sammy Pawlak on vocals. This time around, Andrew showcases... 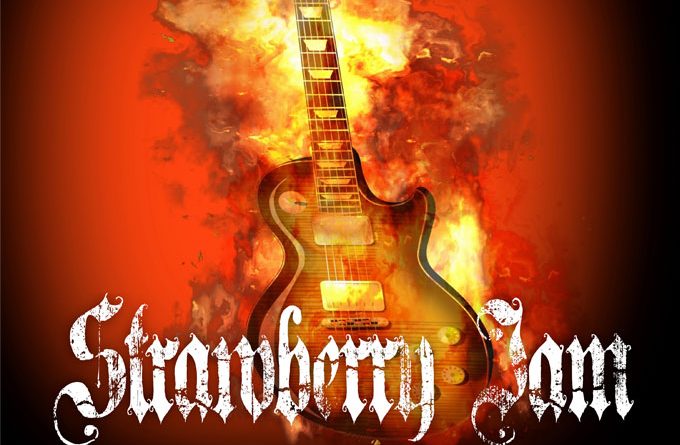 The last time we caught up with the Australian songwriter, Andrew Hetherington, was on his single “Life Is Strange”, featuring Sammy Pawlak on vocals. This time around, Andrew showcases his latest project called Bad Vicky, who have just dropped a brand new single entitled, “Strawberry Jam”. True to Andrew’s sonic roots, the song features, crunchy over-driven guitar riffs and melodies, while being backed by a solid rock engine room of rhythm guitar, keyboards, bass and drums. Once again the songwriter and producer shows off his skills at manipulating high quality loops and samples and making them sound like an authentic rock band. If you’re thinking electronic rock, you’re in the wrong lane. This is simply rock n’ roll, as if played by a band with real live organic instruments.

Musically taking on a style most akin to classic rock, “Strawberry Jam” is a production heavy beast…where you don’t notice the production. A perfectionist, Andrew Hetherington high level of editing and tweaking for the sake of bettering a song thankfully doesn’t do the opposite and drown the track in an overproduced mess.

Instead it comes out purely rocking, with an inbuilt groove to match the all-round authentic vibe. Sprawling organ keys, thumping drums, rolling basslines and fiery guitar solos drive the intensity of the piece. The blend of electric guitars and rhythmic backing works exceedingly well. 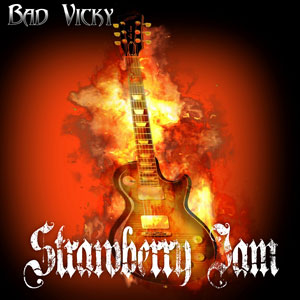 The result is a track that benefits from a strong electronic backing and production that sounds anything but electronic, and brings all instrumentation in the mix forward into the spotlight, further strengthening the overall classic rock style of “Strawberry Jam”.

The track stands as the embodiment of everything Bad Vicky wants to propose: a blend of electronic samples and loops transformed into authentic sounding rock embellished with a big wall of guitar distortion. What follows is just shy of 4 minutes full of visceral rock groove.

If anyone has listened to Andrew Hetherington or Bad Vicky’s music previously, you know that the songwriter and composer, is always bringing in new aspects to his sound, but at the same time strives to maintain a retro authenticity.

Released via the Jam Junkie record label, “Strawberry Jam”, is a testament to Andrew Hetherington’s enduring journey across the aforementioned path, as well his continued positive reception from the media and fans Bad Vicky’s newest release may potentially express just as much about Andrew Hetherington as a person right now as it does about his seemingly unwavering musical talents.

Andrew’s authentic-styled songwriting has paid off well. I find it difficult to believe that this is a one-man project, as I think it is. The combination of rock and electronic elements are perfectly blended, into a well-oiled machine.

Combining the aggression of over-driven guitar crunch, classic rock melodies and song structures, the groove and rhythm of Southern rock, and the technology of modern electronica, Bad Vicky takes everything that is good about almost every genre it borrows from and blends it all to form its own core sound. “Strawberry Jam” can fit on the dance floor or in the mosh pit.