Signed to Beverly Hills Music Group which distributes via Universal Music Group, Ricky Watters R.A.W. is a multi-instrumentalist, who plays the guitar, piano, and the bass. Currently working on... 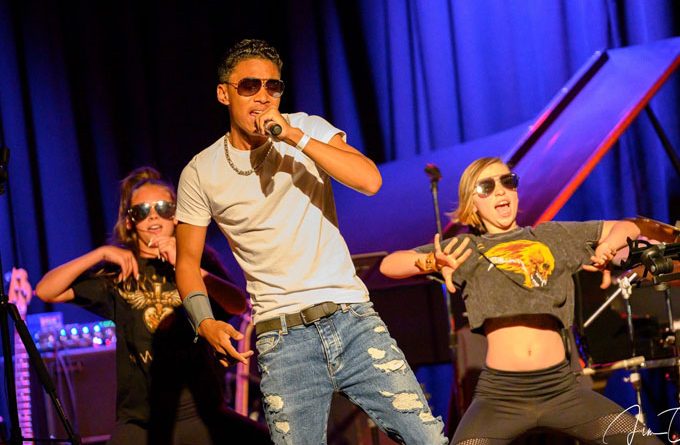 Signed to Beverly Hills Music Group which distributes via Universal Music Group, Ricky Watters R.A.W. is a multi-instrumentalist, who plays the guitar, piano, and the bass. Currently working on completing his debut album, Ricky also started his freshman year at St. Mary’s College in the San Francisco Bay Area majoring in Chemistry. Which means the young man is covering all angles of his future. The son of NFL legend, and former San Francisco 49ers player, Ricky Watters Sr., the up and coming musician is doing things on his own merit and pure artistic talent and skills. If there is any justice in this cruel and unfair world, Ricky Watters will eventually become a universally respected artist. His versatility is unparalleled in today’s Hip-Hop/Rap/Pop scene. Ricky exudes copious amounts of charisma on every track included in his catalog, as he showcases a rare ability to blend genres in a uniquely approachable manner.

There’s a tremendous amount of relevancy to a wide range of musical styles, and past legends in Ricky Watters’ songs, and the amount of imagery his work evokes is absolutely amazing. On “You’re The Only One”, produced by the Infinites, Ricky works his craft over a beat that takes its cue from super-group Toto.

The inspiration for the song came from Ricky’s mom, and how she holds down his dad, while having stayed with him during any hardships. Then without any ado, Ricky is able to flip his style, on “Sunglasses”, sampled off a pop track by Corey Hart.

Ricky turns the 1985 radio hit, into an urgent urban club banger. I’ve listened to it on a nearly daily basis and it never grows old or gets stale, as the groove comes at you from multiple angles. In between he flows sweetly across the old school vibe on “What’s The Meaning”.

This is the result of strong convictions about the role of music in our daily lives, and, more than that, the role of our lives in this society. On Ricky’s playlist, you’ll also find his single, “Don’t Stop”. The song was born from the artist’s struggle to stay motivated and positive in pursuing his dreams of becoming an artist. 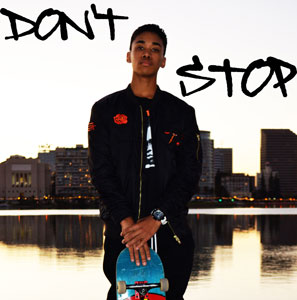 In pure musical terms, “Don’t Stop” is a joy of a track to play through, a radiant blend of dense instrumentation, melodic vocals, harmonies and rapping. It has an all-round energetic vibrancy that that keeps the song charging unpredictably forward.

For its lyrical and musical scope, “Don’t Stop” brings to mind a number excellent songs. Moreover the former Vocal Arts major at Oakland School for the Arts, seems to be in total control of his talent here. The song has the kind of substance that suggests it’s built to last.

Currently in the studio with the tracks “Another One Bites The Dust” and “You Gotta Believe Somethin’”, Ricky has also found the time to share the stage with FloRida at the Golden Gate presented by Chevron at Carmel Valley Ranch benefiting the San Francisco 49ers Foundation.

Ricky also supports a long list of local youth charities by performing at their fundraising and awareness events in the Bay Area. Ricky Watters is triple-threat; the singer-rapper, songwriter and musician, rolled into one, has certainly learned to make the most of every moment at a young age. Showing equal force, both in his creative songwriting ability and talent as a rapper-vocalist, who knows where this intriguing combination will eventually take him!