Rhythm Affair – “I Take Tea At 3” deserves to dominate its space!

You wouldn’t be alone in thinking that Rhythm Affair – the professional musical moniker used by Las Vegas singer-songwriter Kevin Deon was some long-lost 60’s blues-rock musical platter. Not... 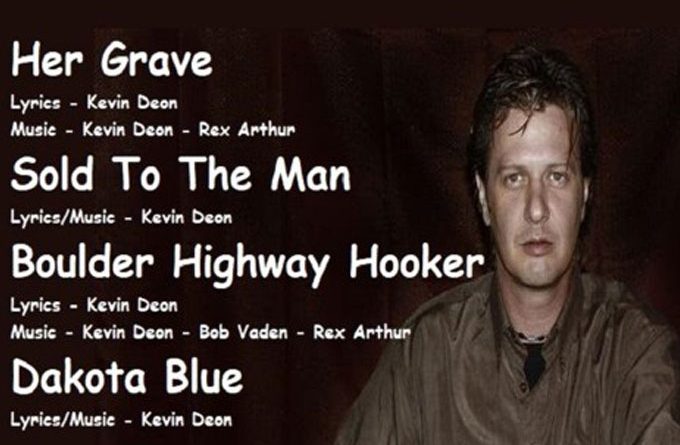 You wouldn’t be alone in thinking that Rhythm Affair – the professional musical moniker used by Las Vegas singer-songwriter Kevin Deon was some long-lost 60’s blues-rock musical platter. Not only is the band a powerhouse setup, but the vocals have the same keening tone brought forward from that legendary era, and the group’s rhythm section finds the sort of gritty raw grooves that’s hard to come by today. All of which isn’t meant to suggest that the Rhythm Affair are a carbon copy, but that their music is anchored unapologetically in the music of the 60s and early 70s. It’s the moment just before rock music became bloated, overproduced and ridiculously bombastic. A time when psychedelia, thick guitars, heavy bass, instrumental prowess and vocal craft ruled the roost. 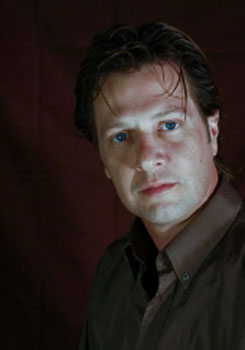 A similar strain of rock emerged in the mid-90s, but egos and self-consciousness quickly overwhelmed the music; the Rhythm Affair avoid these past pitfalls while smartly bringing that Psychedelic Blues into the 21st Century, and more importantly, show more interest in making real music than simply receiving congratulations.

The project recently released its 4 track EP, entitled “I Take Tea At 3”. And alongside songwriter and lead singer Kevin Deon, we find Eden Caz on backing vocals, Rex Arthur on lead guitar, Bob Vaden on bass, and both Keith Pratt and Jenifer Palmer sharing duties on drums.

Right from the outset, the EP is a distillation of much that was good about the chilled-out psychedelic blues-rock scene; resonant harmonies, rolling bass twang, subtle but searing guitars and trippy melodies. Add some pure vocal acid tabs, and the songs begin to ring.

As the steady slow burn of the heartfelt “Her Grave” spins from the audio player, you’d swear that you’ve heard it before on some classic compilation rock album, yet there’s no sense of copycat repetition – it’s all fresh, pure, natural sounding, like a comfortable companion who will be there for the long run.

Sit back, dust off the glass pipe, and find your deep pondering zone, as Rhythm Affair narrate the story of a father who is angry with God after losing his daughter in a school shooting. Honest, and true to themselves, and their inspirations, Rhythm Affair spin a mazy blend of spacey, psychedelic Americana blues that will have you captivated. 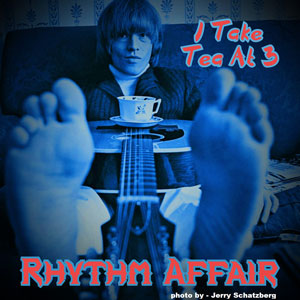 “Sold To The Man” is built around a more earthy, jangling guitar riff and harmonica combination, with a scorching solo at the end. The mid-tempo vibe continues on “Boulder Highway Hooker”, except the sound is more driven and crunchier in texture.

All throughout Bob Vaden rolls out some mean basslines, while Rex Arthur’s lead guitar maintains the six-string tension and Kevin Deon throws on his devil-may-care Jim Morrison voice. That’s the beauty of a genre like this – it can justifiably accommodate everything from a laid back blues groove to muscular psychedelic rock motifs.

If you’re looking for innovation, you’ve come to the wrong place. If on the other hand, authenticity is your thing, then look no further. Rhythm Affair dish it out in bucket loads on this EP, and none more so than on the closing track, “Dakota Blue”. It is a heavy and edgy track that will be a great listen for blues lovers everywhere. The guitar in this one is pure rock and it is driven by a beat that is sure to get your foot tapping.

Considering the current musical climate, Rhythm Affair will probably appeal to a fairly niche market but surely deserve to dominate that space given their high quality and honest output on “I Take Tea At 3”. They have created tunes that will definitely appeal to fans who allow these tracks to evolve, simmer and expand in their heads. The progressions within the songs will keep listeners hooked as the psychedelic blues and rock they are so good at consistently surfaces right to the top.