Tom DeLonge, co-founder of Blink-182 once said: “Hip-hop, like punk, was from the streets. It was always more of an emotional vehicle than a musical one. So it makes... 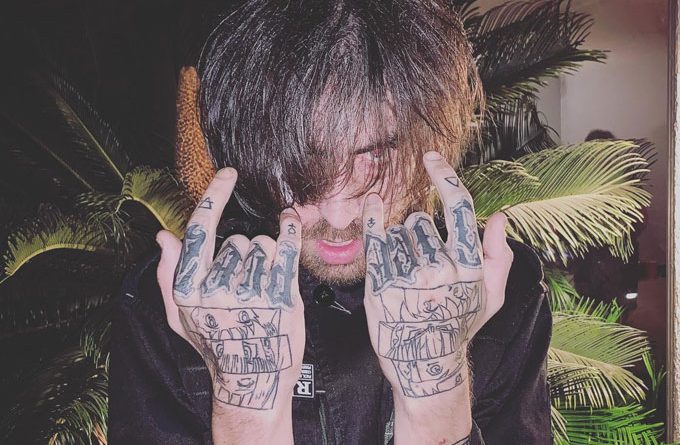 Tom DeLonge, co-founder of Blink-182 once said: “Hip-hop, like punk, was from the streets. It was always more of an emotional vehicle than a musical one. So it makes sense that you would someday see them aligned with each other.” What we’ve seen and heard up until now has been a new wave of rappers who lean on the emo and pop curves of punk, and are a far cry from the fathers of the genre, such as groups like the Sex Pistols, The Ramones, and The Clash. Mikey Rotten is an artist- rapper from Louisiana, raised in Indianapolis, and who now resides in Los Angeles, CA. Mikey has toured the United States with Chris Travis, and performed shows with Eddy Baker. He applies a Punk influence to rock and rap coming up with a hardcore version that sounds as menacing as the original punk formula.

Mikey Rotten’s 5 song EP, entitled “Scumfuckmalice” is a fast-paced, relentless spit-spewing anger fest. Sometimes contemporary records feel grossly uninspired and distant from their source material. This is not the case with this recording. When it says Punk Rap, it means exactly that. Mikey’s vocal assault is volatile and uncompromising.

This is an artist capable of causing havoc and destruction. The first thing I noticed when pressing play on the opening track, “Headstrong”,  is how well it sounds, not distant or under produced like some early punk bands; it stomps on you right from the start and keeps spitting in your face track after track.

The guitar cacophony played by DEADHOMIEHAUNTER, who’s the guitarist for Chemical X puts an emphasis on the aggressive performances, with more importance being placed on the abrasively frayed tones and violent vocal hooks, rather than having focus on elaborate compositions. In classic punk style the songs are all under one and a half minutes, or just on, which is perfect. Why attempt to add an extra bark when the bite is vicious enough?

Even with lyrics that are more than aggressive in places, like on “Break Your Neck” and “Light Headed”, and an extreme rawness in sound, Mikey Rotten’s introduction to the world with this EP, hits the listener from beginning to end with ingeniously heavy punk grooves.

On “Wakeup” and “Step Back”, we understand how fiercely independent, extremely original, and unwilling not to speak his mind Mikey Rotten really is. The absolute perfect stereotype of a classic hardcore punk band. To give this EP anything less than a five would be a crime for what it is.

Is there a more definitive hardcore punk-rock artist than Mikey Rotten currently? I doubt it. He captures the essence of the scene, as how it was initially intended to sound like. Ultimately, the importance of “Scumfuckmalice” lies in the fact that it’s an essential reminder of just how much can be accomplished when creative and uncompromising people take matters into their own hands.

RonyKii – “I’m Sleep” is coming from his own angle