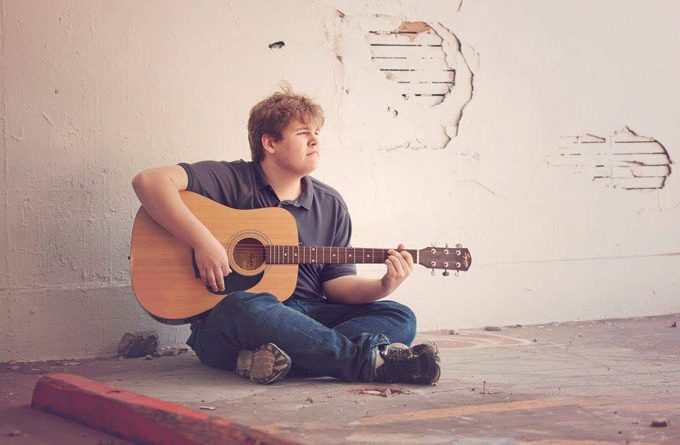 Northwest-based artist, rapper, and musician, C0MBINE, formerly known as Lone Seeker 777, started out his creative career in 2014 writing the song “I’ll Never Forget” in a junior talent show. He has since built upon that initial foray, raising the bar on each subsequent release – the single “K1ck It”, then the album “Rise”, followed by “Christian Girl” in 2018. The fruit of his endeavors though, started to truly come to the fore with the release of his double-sided single “Duetz” in November 2019, which was positively received by fans and critics alike. Beautiful instrumentals and thought provoking lyrics drive the core of these songs. If you’re looking for something different than the crass club bangers on the radio, this is perfect soulful and melodic riding music. C0MBINE adds to his easygoing, rhyme-slinging status, by penning emotional, infectious melodies while keeping it lyrical. “Conscious rap” is a term used to describe rappers like this. Their songs have more meaning compared to most modern pop-rappers. Not only does C0MBINE make attentive and aware statements, but he does so in a perfect way through his music.

Beginning with “Bloodstream”, this double-sided single is ripe with lessons learned from flirting with matters of an afflicted heart. The nocent aftermath of a relationship is thoroughly worked through on this track, as C0MBINE pours his heart out verse after verse in vivid detail.

On “Bloodstream”, the rapper quickly cuts to the cause: “It was a long time comin / We were talkin marriage had a ring on the finger / Been together 4 years but maybe I had lingered / But now I got a fifth to myself and now i gotta say / It’s in my bloodstream”.

And then at then doesn’t waste any time in avoiding the effects: “So fill another bottle up to the top / Cuz I can’t get you outta my mind / So imma party all night, I ain’ never gonna stop / Till they tell me I am runnin out of time.” Overall, the melodic wordsmith has forgone boisterous offensive and denigrating rhymes, conveying a lyrical maturity that never preaches, but explains — something that many of his peers generally don’t reach until a handful of albums have come in.

Raising the bar as an emerging emcee with his captivating word play and distinguished flow, C0MBINE’s laidback and moody delivery is a shining gem and a vital component of this project on a whole. The production is soulful and jazzy with smooth guitars and warm keys creating a chilled downtempo atmosphere. Embracing a sound that seats him in a class of his own, C0MBINE’s skill and unique canorous feel again comes to the fore on the afflicting “Message Within”: “My heart was torn to pieces / Shattered what was mine / Loneliness has taken hold upon my mind / I crave something more than this / Superficial life I live / I want to feel nothing but bliss.” Slowly, but steadily the Northwest-based artist quietly carves out an incredibly empathetic track here.

From the outset of “Duetz”, C0MBINE takes charge with authority, and the emotional vibes never quite leave for the entirety of the project. He creates that perfect balance of airtight production and melodic singing that make his verses pop that much more. C0MBINE manages to meditate on love without coming across as preachy or without coming up with a resolution for his affairs.

A compelling storyteller and a crafty poet when C0MBINE creatively catches fire, his tracks will have you spellbound. The double-side single “Duetz” was written, produced and performed by C0MBINE. With instrumentals by Azhja and PRG, and beats by Raspo Beats.

Though I urge you to support the artist via Spotify and Bandcamp, all songs by C0MBINE are downloadable for FREE on his website. Find all links below.