There’s a buoyant, lightweight vibrancy on the works of South African based rapper Dexterltd, which helps to balance out a genre that is more often than not weighed down... 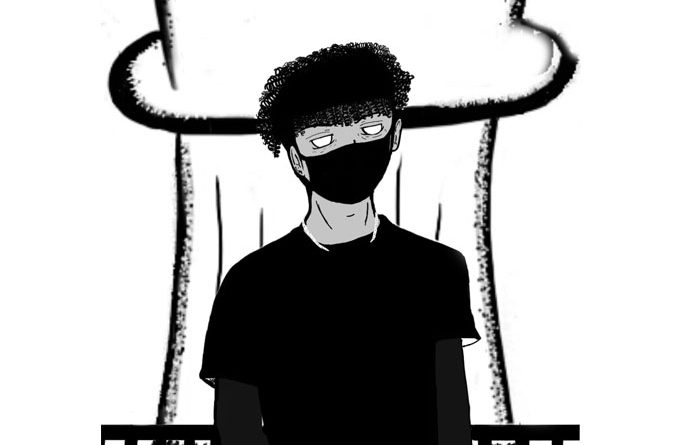 There’s a buoyant, lightweight vibrancy on the works of South African based rapper Dexterltd, which helps to balance out a genre that is more often than not weighed down by methodical lyrics and cloned production. Throughout ‘Wasted’, Dexterltd delivers a vibe that’s versatile and raw, packed with clever, complex storytelling. Yet the record doesn’t become self-indulgent; the rapper never forgets his audience, peppering his more uncompromising material with head-nodding beats. A compelling recording characteristic of the country’s fertile and growing rap scene.

Dexterltd’s tone isn’t abrasive or over-confident – rather, it’s the rapper’s way of maintaining his image of a young man who is full of self-love and understands his roots. He does this most notably on the minimalistic yet impactful track ‘Territory’ (Prod. Levibeatz), on which he states that “Every day’s a different story, different pages, different glory”. It’s a claim backed up by his flow, as he constantly changes up his vocal delivery. There is an actual authentic and raw talent that the Pretoria native possess, and it comes through on each track he performs in.

From the onset of ‘Wasted’, the feel of a personal approach is evident. The smooth and warm instrumental – featuring shimmering keys – with Dexterltd’s intimately vivid lyrics really take the listener on a journey into the thinking mind of the man behind the song’s topics.

The strength in cohesiveness that Dexterltd shows across his tracks is another enjoyable aspect of his projects.

It is common for artists in the new wave rap genres that similar sounds and concepts dominate a body of work. With ‘Wasted’ however, there is always a little something different and original when Dexterltd is experimenting with his sounds.

This way, there will always be an element in the track to make it somewhat enjoyable and interesting. Whether it would be the great production, a strong narrative or even Dexterltd’s thoughtful lines or flow switch, there is a little gem in the majority of his tracks.

Every tale Dexterltd lays down, is different and every tale is powerful. He is not overbearing with his melodic tendencies, instead he’s effective when he finds his pocket and couples it with some good rapping. It’s why ‘Wasted’ is so intoxicating. His music oozes intelligence and – on more occasions than any skeptics would expect – self-awareness.

Often on display is his fluid, recursive rhyme schemes, and at times, hyper-lucid feats of wordplay. Dexterltd’s mind is a finely-tuned instrument on ‘Wasted’. The significance of this recording is its versatile display of Dexterltd’s lyrical charm. Throughout, the rapper demonstrates his ability to be insightful, assertive, and sharp-witted.

Featuring consistent, minimalist production, ‘Wasted’ is a captivating project with Dexterltd at the focus. The artist Dexterltd possesses a clarity of vision that should allow him to connect deeply with audiences