Kentucky native, Erin Coburn’s prodigious gifts as a genre-bending singer, songwriter, and electrifying guitarist will inspire tremendous acclaim from critics and her peers and have already earned her an... 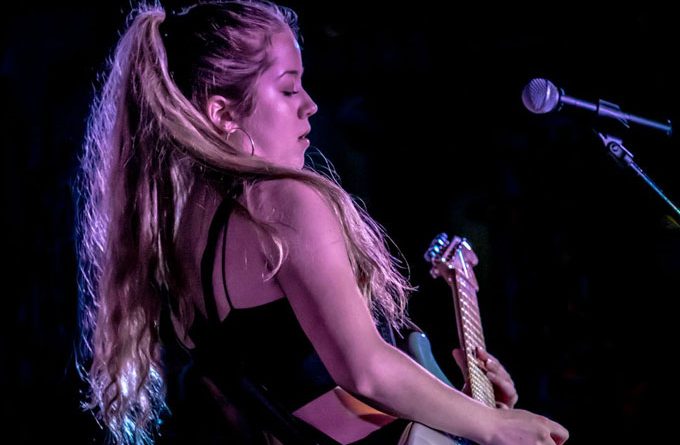 Kentucky native, Erin Coburn’s prodigious gifts as a genre-bending singer, songwriter, and electrifying guitarist will inspire tremendous acclaim from critics and her peers and have already earned her an abundance of award nominations. From her live performances, it’s clear she’s a great singer, and her guitar playing ability is undisputed. On her album, “Out From Under”, she also comes into her own as a songwriter. It has a range of rhythms and melodies rather than being monotonous in form like many other contemporary recordings. It’s an actual album with a clear unified themes. The lyrics are witty and carefully crafted. They clearly come from personal emotional experiences and are honestly and powerfully expressed.

There are many grooves on this album and some very tasty electric guitar tones. “Out From Under” is eleven Coburn-written tracks of soulful rock, Americana flavors, rhythm and blues and pop inflections, with a strong and familiar emphasis on electric blues.

Coburn’s voice is perfect. It’s breathy and feminine, but also has a bluesy growl. It’s pretty – but not delicate – and gritty without being abrasive. And her guitar playing is equally flawless, with solos that are as lyrical as anything she sings. These are the essential ingredients to Erin Coburn’s music, and they’re all present here.

Erin Coburn focuses on her vocal phrasing on the opener “Friendzone”, but brings in her guitar for rustic riffing and a beautiful solo every bit as expressive as her own singing. As lovely as the vocals are, Coburn gives them just a hint of an edge that keeps the track from sounding too throwback. The subtle snarl to her vocal keeps things exciting all the way through.

There’s something empowering and carefree about her singing “Digging You Heavy” that reads as youthful exuberance. The feeling extends to her guitar playing, which is heavy and raunchy. “Fast Paced & Freakish” features a chugging momentum- pushing riff. It’s a very cool track that shows Coburn’s versatility.

On the smoother strummed “Evrybdy”, the totality of her versatility, expression, solid guitar skills and performance prowess fuse into a dynamic package. The title track, “Out From Under” features heavy blues-rock guitar, simple, throbbing bass and Erin Coburn’s resonant vocals exploding into mellifluous song. This is intoxicating singalong stuff.

Setting a slower but deliberate walking tempo, “Your Mind Gun” moves to soul-infused rhythm, as it builds momentum. “Roundabout” gets back to the Coburn’s blues core, where horns and guitar unite.

A dynamic musician, Erin Corburn has the musical chops to handle different styles on her record, which keeps things interesting. And keeping things interesting is a signature for this artist, as she once again switches to a lighter tone on “Trip on This” and then rhythmically bounces all over “Its’ Over (Virtual Reality)”.

Crushing guitars open the edgy sneer of “Snap in Half”. Packing an emotional punch the track is enhanced by Coburn’s guitar riffs and solos. With a contemporary sound, “Guilty Mouth” has a great melody and interesting chord changes. Coburn sings at her best on this tune, building from sweetness and light to strong and passionate, right in sync with the foot-tapping rhythm.

Erin Coburn already has a strong sense of who she is as an artist and simply lets her production emphasize different components of her work, giving the album a new-and-yet-familiar classic blues infused sound. And what a sound this is!