Zero Emission Musician Rick Denzien takes to the stage with a mix of sharp songs from the edges. Described as ‘rock’n the extreme folk’, his song “Go Out and...

Zero Emission Musician Rick Denzien takes to the stage with a mix of sharp songs from the edges. Described as ‘rock’n the extreme folk’, his song “Go Out and Play” is a rallying cry for over-worked and lorded-over ordinary citizens, over-burdened by the daily worries and stresses of early 21st century life looming over a collective survival. 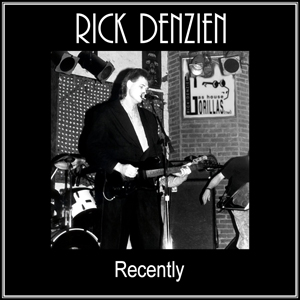 Zero Emission Musician Rick Denzien’s zeal drives an acoustic guitar and vocal style, like an early protest era anthem, iconic for this moment in history. Rick Denzien was a CMJ charting artist top 200 airplay, reaching the top 10 on some stations with the Exit 21 CD.

Rick Denzien’s CD Radiate follows years of studio productions, as recording, mix engineer or producer, putting them before his own work. From Blood Hound Gang “Use Your Fingers” to KGR Kool G Rap “Half a Klip” to Michael G. Ronstadt’s “Bridging the Gap”, “Foolish Fox” and “Game of Thrones” and everything in between including the Lyra Project’s “Goddess” CD.

Rick Denzien is on radio rotation with the tracks “Teasing Me” and “More”.