The latest single, “Superficial”, by the London based alternative pop-soul band Magazine Gap, brings their sound and vision together in one smooth delivery. The sounds make you move to the... 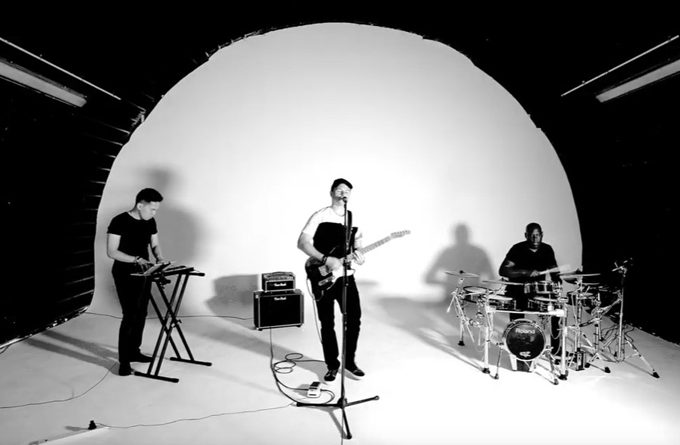 The latest single, “Superficial”, by the London based alternative pop-soul band Magazine Gap, brings their sound and vision together in one smooth delivery. The sounds make you move to the groove, while the music whisks you away into a wonderland that discusses “the beauty in honesty and transparency within a relationship.” The band’s musicality shines far greater than ever, alongside the usual potent vocals by James Keen. Drummer Brian McCook drives the funky rhythm, while keyboardist Alex Ho embellishes the spaces in-between the guitar motifs and resonant basslines.

Magazine Gap have always seemed passionate through their music and that hasn’t died down on this single. This is a multifaceted band. Their music refuses to be boxed by genre or label. It is not so much that Magazine Gap falls into multiple genres, but rather, they so seamlessly combine pop, soul, and funk stylings that they transcend genre itself: there is no way to describe Magazine Gap’s music without referring to Magazine Gap itself, and in this we find a band that is truly consummate in their approach. 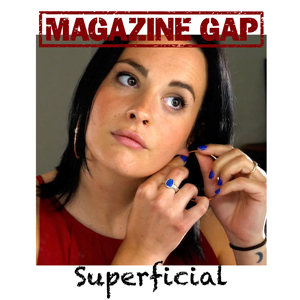 Hardly has a three-piece band so exuded the sweet juices of different musical styles while managing to retain its own distinct flavor. “Superficial” carries a roaring melody with lyrics that pack a punch, with its funk-styled groove and instrumentation.

The guitars and drums drive this track with its explosive climaxes and dynamics, such as when they kick up to the spotlight as Keen sings, “I don’t ever want to ever feel it’s superficial. All I want to be is sincere with no fear of this. I don’t want to hear a little artificial. I’m gonna pour out my heart and my soul for us. I don’t want to know that it’s sugarcoated. All I want to taste is the sweetness of your love.”

The lyrics pack a punch in every aspect of this song, and its message is clear. There’s a lot of meat on “Superficial” that bursts with flavor and content. There’s no moment on this track that makes you question the goodness and value of it; it’s all solid, story-driven lyrics and an instrumental that serves to say something as much as it challenges the music of their peers.

Other than the sterling production work, “Superficial” sits very much in the same A-league as Magazine Gap’s previous releases – a warm record with heaps of personality and charm. It smacks of a band who know their identity, and deliver with remarkable confidence.

If there was any justice, this record would be waking the masses up to Magazine Gap, something that should have already occurred before, but popularity is a stubborn beast, even in the social era.

Their vibrancy certainly comes across in “Superficial”, which catches attention and brings out the lyrics. It is a combination of their luscious sound and their continual maturity that seems to move in a direction that demands attention. You really have no excuse not to check this record out. Let Magazine Gap surprise you.