Two decades into his career, the electronic music composer, who goes by the pseudonym of Kryptonic, remains irreducible as a sound designer. At times, he brings to mind a... 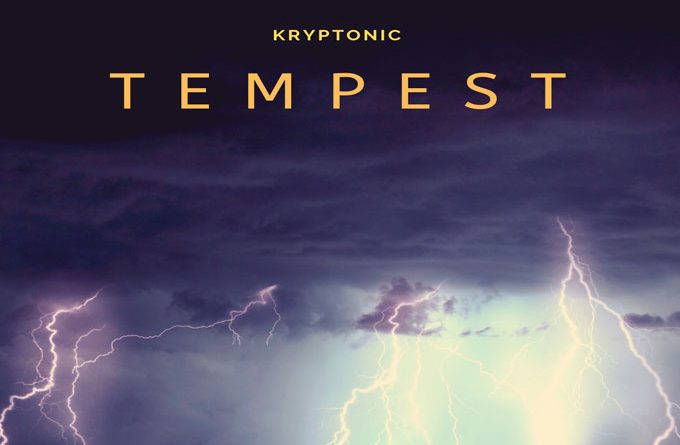 Two decades into his career, the electronic music composer, who goes by the pseudonym of Kryptonic, remains irreducible as a sound designer. At times, he brings to mind a sculptor, carving out staggering shapes from giant blocks of sound that feel crushingly heavy even as they seem to fall away. Ever-shifting audio-scapes are constant in the composer’s work, and evident on his latest single release, the cinematic soundtrack piece entitled “Tempest”.

The strings and thumped percussion are as close as Hecker gets to the sound of an action movie, but it’s soon shot through with fidgeting squalls of synth noise that rove about the stereo field, while the resonating female choral voices slowly infiltrate the piece, and each element drifts closer and closer together. What began as an ethereal dirge, becomes a gigantic mountain of sculpted sound.

“Tempest” provides an enormous, all-consuming canvas upon which Kryptonic drops flashes of squalling melody. It’s beautiful and vaguely sinister at the same time. Moreover, like all of Kryptonic best work, it feels like a genuine soundtrack for the times, capturing adeptly the sense of being swept away in a landscape in constant transformation. This is music that is strangely accessible not only in what it does musically but in its uncanny ability to mirror the chaotic disorientation that surrounds us all on a daily basis. 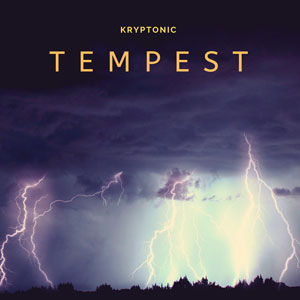 Aided by a plethora of instruments and voices, the sonic landscape of “Tempest” may appear to be completely bombastic and hostile, but Kryptonic is brilliantly able to warp the textures into something more soothing under the hood. The composer builds a continuous tension, as he lays down some fantastic synth motifs, creating a contradiction between the percussive grandiosity and the dreamy vocal qualities that define this work.

Despite certain bombastic elements, the track covers lots of emotive ground, with the expressive strings aiding in that regard. This allows a cinematic quality to come to the front, filling your mind with contrasting turbulent landscapes and surreal imagery.

The bold exploration, the impressive sound design, the tension, and the cinematic quality all find their way into the track, while Kryptonic takes his compositional skills a step further, pushing the audio effects and reshaping the sounds. As its momentum builds, it becomes more and more amplified, piercing its way through the sound spectrum.

Despite its brevity “Tempest” contains some of the most straightforwardly impactful music Kryptonic has made in some time, and makes for a strong companion and continuation to the themes and sonic developments made on previous releases.

MORE ABOUT: Writing under the pseudonym, Kryptonic, since 1999, the composer already began creating original music 10 years earlier. Thanks to the ever evolving technology he went from amateur to professional in a very short amount of time. Collaborating with various producers, writers, and artists over the years, Kryptonic writes orchestral, film, and world music as well as dance, EDM, trance, and everything in between.

Kryptonic was involved in the beginning of the MP3 music revolution, and became a notable artist amongst his peers on mp3.com, always ranking highly on their charts. Kryptonic’s music has been downloaded and featured in different media formats, student films, video games, industrial films and various multimedia productions, including Websites and books accompanied with CDs.

Connect with Kryptonic’s music on SOUNDCLOUD