Badallisc is a one-man Thrash/Death metal band. Guillermo ‘Ghille’ Tonin, who plays the drums, guitars, bass and piano, recently released his six-track album, entitled “Dehumanize”. One of the best... 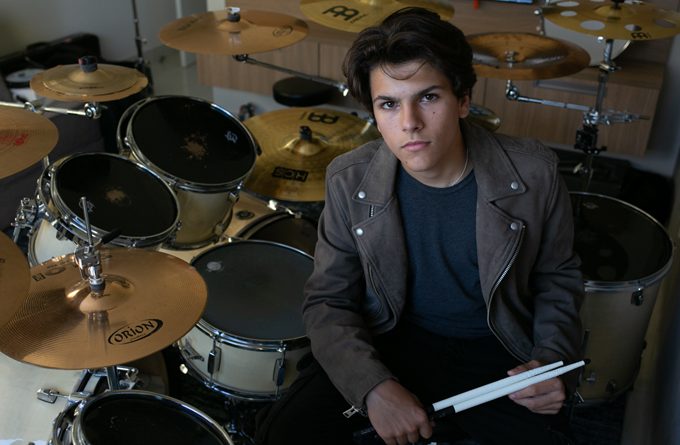 Badallisc is a one-man Thrash/Death metal band. Guillermo ‘Ghille’ Tonin, who plays the drums, guitars, bass and piano, recently released his six-track album, entitled “Dehumanize”. One of the best qualities about this recording is its sense of balance. Badallisc knows what metal fans expect from the genre, but still pushes the envelope and not fall into homogeneity. In a new age of metal flooded with groove-junkies and djent-clones, Badallisc shows they can get as technical as the rest of them, but still make songs that will get stuck in your head on the first listen alone. 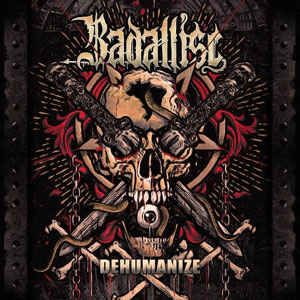 Sub-genres seem to be the fad and as such, has placed many bands into several categories. Badallisc is no exception. However, by the time you get through the album for the first time one thing is clear: “Dehumanize” is a metal album, pure and simple. If you are a fan of metal, Badallisc has something to offer you.

A current trend in the metal genre is that everything has to be nonstop brutality. This album begins with a bit of a jaw-dropper for many longtime metal fans, and even for newcomers. The first track is a two minute instrumental beginning with none other than clean guitars and sound effects.

Just as you are about to question what you are listening to, the song fades into a hard-hitting, aggressive, groove-filled, and technically-proficient track called “Plague” that the genre is loved for. You’ll find yourself immersed in a fast-paced flurry of guitar riffs with an excellent display of hard-hitting drums.

Aside from the aforementioned elements, nearly every track delivers structural patterns which are polished, reliable, and consistent, maintaining a raw, gritty, and dark ferocity that somehow feels wildly visceral and effective. This is evident on “Profanation”, which is a force to be reckoned with in every way.

The hard riffing guitars and shredding solos, giving it a blistering sense of power. As a result, this album stands tall as a heavy metal record that flawlessly combines technical proficiency with sheer songwriting talent. Guillermo ‘Ghille’ Tonin’s fierce and fiery drumming techniques keeps the edge sharp on every song.

“Lives of Contempt” is rich in a flowing groove with an intoxicating chord melody and jangly guitar tone interludes. The steamrolling rhythm also underlines a menacing vocal. The singer drops his brutal voice on the slower, “A Place Called Home”, injecting the song with a melodic soar.

In fact, the track pierces with constant drum grooves and driving melodies. In every stanza there’s no denying the project’s ability to combine addicting rhythms and crushing guitar hooks in an endearing, gratifying way.

The title track, “Dehumanize” gets back to downright viciousness, as the vocalist’s powerful layered growl drives the music just as much, if not more so, than the guitars do. The riffs are fast, the chords are crushing and the hints of skillful drumming, both powerful and effective.

The slicing riffs are both heavy in the rhythm and winding in the lead, unleashing motifs that have a bite to them due to the sheer weight of the crushing percussion backing them.

Amidst fierce drumming, punishing chords, and ripping vocals, this album is a fully-realized display of pure, heartfelt aggression. “Dehumanize” is the definition of who Badallisc is, as a Thrash/Death Metal project in 2020.