Yahri – “Sorry That You Angry” – Resonating, relatable and refreshing!

One of the things that will help Yahri rise up the ranks is his versatility. He provides unique vocals over interestingly-conducted instrumentals consistently throughout most of his discography. The...

One of the things that will help Yahri rise up the ranks is his versatility. He provides unique vocals over interestingly-conducted instrumentals consistently throughout most of his discography. The 19 year old Montreal based producer/ rapper, Alecks Espinosa (Yahri), has been perfecting his own voice and production skills for the past 6 years. Originally an EDM producer, Yahri combines his production skills with his new interest for Hip-Hop / Trap sounds. His latest single, “Sorry That You Angry”, in collaboration with Mathis and Killian, is a perfect of example of how he has blended his musical passions.

Yahri’s music is, and has always been, effective because you can hear the passion in his voice when delivers the narrative, and the smooth production compliments his emotions well. In this latest single, the effort and passion are overflowing in the songwriting, motifs, vocals, and the beat. Fans will love Yahri because he can portray the attitude and mood shifts of his songs so well, while also making music that create earworms in the listener’s head.

This is really the goal of most modern rap and trap, and Yahri proves himself to one of the upcoming masters of this style because he can do so effectively. This song is a great listen all throughout and establishes a somber groove with no hitches to disrupt the vibe. Even the features match the mood perfectly with their contributions, as their chemistry oozes with authenticity.

“Sorry That You Angry” showcases deeply melodic croons that manage to feel rich and full, soulful and afflicted, all at the same time. Yahri knows how to blur the boundaries of modern urban sounds to send shockwaves through its foundations.

Compelling and unpredictable, he is without a doubt part of the genre’s forward marching new wave of artists. The single features low sliding synths with a relaxed drum beat and skittering hi-hats for the artists to flow over. It’s one of those tracks that will grow on you with continuous listens. 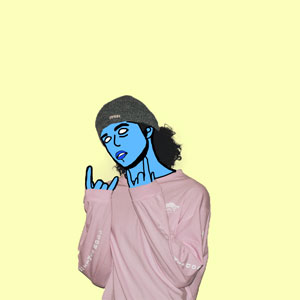 Ultimately, “Sorry That You Angry” shows how versatile Yahri can be as an artist and a producer. Proving a great addition to his catalog. The Montreal creative is continually refining his style as he ventures further into the Trap / Hiphop scene. This is a large reason why “Sorry That You Angry” is a triumphant execution.

The mellifluous verses and vocally twisting choruses also provide high moments. The single also succeeds by placing the song’s narrative at its core and leaning into the inventive melodies that initially put this crossover genre on the map in recent years. Lyrically the song is direct. Vocally, the balance between the deliveries is compelling.

Resonating, relatable and refreshing, the overall ease of the production and performances on “Sorry That You Angry”, makes the song feel effortless. The overall vibe empowers you to strive better, set your priorities, and learn the more truthful side between your relationships and your personal pastimes. All-round, Yahri will open your taste to captivating new sounds in the urban music arena.

3Mind Blight – “Breaking Down” is out NOW!