MAGAZINE GAP – “What’s That About?” – anchored by gorgeous texture and rich sound! 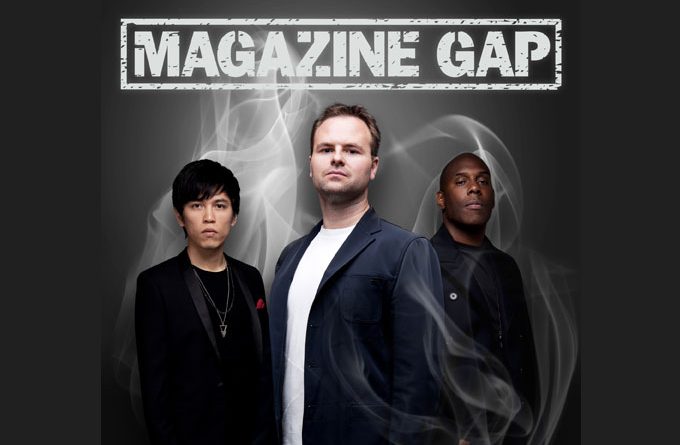 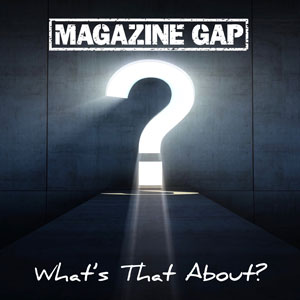 There’s a great opener in “Possibilities” that mixes both the nuanced-pop and blue-eyed soul with a cascade of shimmering guitars and strings, combining the band’s strength in a captivating offering. What ties this all together is Keen’s voice and an uncanny sense of melody; even his brashest phrases have underlying hooks.

Add some really gorgeous chord progressions, and you get one of those indie bands earning their cred the hard way, by working outside the system. Most of the directions they choose here are well-conceived and prove that this is a band with no rigid boundaries when it comes to vision, creativity, and potential.

“Superficial” is an improvement in every way. Everything just sounds bigger. The guitars, the drums, the keys, and the vocals, all come with a resonant ring that shows the band’s confidence. It’s only a moment after Keen starts singing, that the band goes for the rafters right off the bat.

The guitars are hard-strummed, the drums train-steady, and the results are really stunning. “For The Ride” again shows off some stunning chord progressions, with Alex Ho rolling out his keyboard talents, as the band go full-tilt with a tight rhythmic groove here.

In 12 tracks, MAGAZINE GAP gives the listener anything they could ask from a modern alternative pop record. They deliver the big keyboard and guitar motifs, the beautiful orchestrated moments, solid lyrics and beats, and the strong vocals to carry them. The title track, “What’s That About”, incorporates all of the aforementioned elements, in three minutes of musical bliss.

“Kings, Queens & Jokers” plays it fairly straight with ear-warming pop flavors. “In Two Minds” slows the pace down to a wistful ballad without surrendering one bar of intensity. The enthralling swagger of “Ran For Cover” runs through its brass-filled reggae underbelly, and promises to be the perfect aural accompaniment to the summer days and evenings ahead. 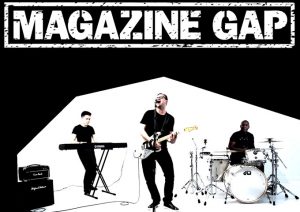 “Dancing In Quicksand” is lean and sharp, while “Snakes & Ladders” has plenty of reflective raw emotion to dwell on. James Keen’s voice is enough to send you spiraling into the moments of contagious melodies and endless dynamism. Moving along, classic MAGAZINE GAP tracks, “Body Language” and “Calling Card”, finds drummer Brian McCook driving the momentum with a certified bang, and scrupulous taste.

“Jericho”, the album’s closing track, is drenched in harmonious instrumentation, and the lush tones that spice up the melody make the track feel like a wave of energy brushing past you. MAGAZINE GAP sound determined to make sophisticated music that’s also active and fluid in the process.

In an effort to leave no stone unturned, the band achieves something that is unique – music that is at once earthy and transcendent. They are relentless in their approach to make the listener feel. But then, for any MAGAZINE GAP fan, it’s an element of their music we’re very familiar with.

A band of effortlessly endearing and captivating musicians, MAGAZINE GAP – who take their name from Magazine Gap Road, which runs from the mid-Levels to the Peak in Hong Kong, where two of them grew up – have produced a record that is anchored by gorgeous texture and rich sound. Proof that they’re heading in a great direction with their music.