My first thought when pressing play on  “D.F.U.T.R. (Please)”, the brand new track from Prince Black was, if it is on par with the artistic and creative development displayed... 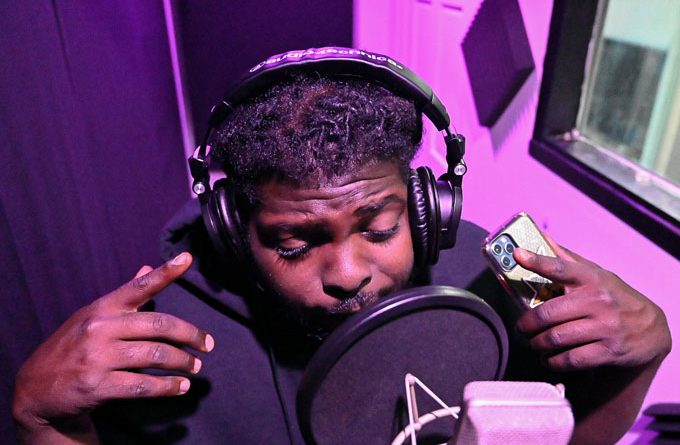 My first thought when pressing play on  “D.F.U.T.R. (Please)”, the brand new track from Prince Black was, if it is on par with the artistic and creative development displayed on his previous work, this dude will be recognized as one of the rare rappers whose later output is more impressive than his hungry beginnings. But then I reminded myself that the emcee who hails from Queens (NY) and now based in Atlanta, is on a mission to be crowned the king of Hip-hop. Hence everything he does, moving forward, has to be significantly better than anything that came before. 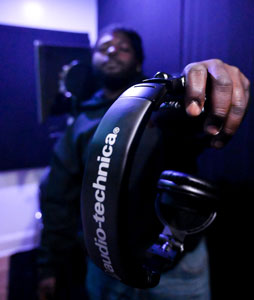 “D.F.U.T.R. (Please)” finds Prince Black waxing philosophical in a twisted way, as his confidence is at an all-time high. The artist sets himself up to deliver a rapper’s track here, unpretentious and on point. His efforts shine bright. It never feels like his overthinking, but rather like he is dropping everything off the dome.

There’s an aura of triumph achieved through sacrifice, a process of trial and error that molds an eager student into a wizened craftsman. And that’s what Prince Black sounds like on “D.F.U.T.R. (Please)”, as he free-wheels it from the opening bar, straight down into the hook – “Please don’t fuck up the rental!” He’s on total cruise control.

As a craftsman, Prince Black’s confidence is at an all-time high. He’s proven time and again that his creative prowess and technical skill-set, is second to none. But “D.F.U.T.R. (Please)” is not about putting on a masterclass, instead, it’s a moment through which Prince Black can get some shit off his mind.

Hence, despite the moments of technical brilliance, “D.F.U.T.R. (Please)” is more so about the storytelling and the messages Prince Black is looking to convey. No matter what he’s talking about, the rapper’s voice carries authority, as bars fly overhead packed with meaning. 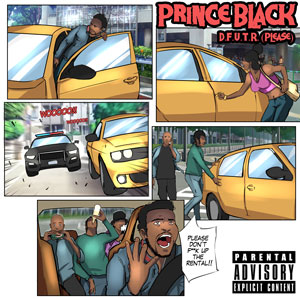 Whatever you think of the debate between rap generations, there’s no denying the lyrical power of Prince Black. For him, that lyrical power most often comes in the form of vivid storytelling, which here is truly cinema-like here.

Right off the bat, you’ll be stunned by how detailed and polished the production is on “D.F.U.T.R. (Please)”. The opening is pretty cool, and the way it transitions into the verse from Prince Black is awesome. Everything about the way this song is written and performed just feels incredibly cinematic.

Every release finds Prince Black more mature, focused, and driven than the last time we heard him – and “D.F.U.T.R. (Please)” is no exception. This song adds another page to his collection and further advances his brand. It’s refreshing to see true lyricists become once again accepted and praised by the culture, as hip-hop progresses and evolves into its many different sub-genres.

Prince Black takes on an intimidating, to-the-point demeanor, and although the lyricism is immaculate, the production is another impressive aspect of this project. As always, the Atlanta-based MC does not disappoint, as the lyrically dense, enlightening offering makes for an impeccable main course to hold over his ever growing, rabid fan-base.

LyLirra collaborates with Famous Dex on his latest track “Melodies”